Raja Yoga commonly refers to the royal or higher Yoga of meditation. While the term is not specifically mentioned in the Yoga Sutras, the Yoga Sutra tradition has been commonly called Raja Yoga over time. Raja Yoga is an ancient term found in the works of Adi Shankara. It aims directly at a change of consciousness, and relates to the control of the mind and the cultivation of Samadhi, the state of unitary awareness.

Hatha Yoga as a term is also mentioned as early as Shankara, though its components like Pranayama and its examination of the subtle energy body are as old as the Vedas. It is mainly studied through Shaivite texts like the Hatha Yoga Pradipika or Shiva Samhita and the teachings of the great Nath Yogis like Gorakhnath who lived over a thousand years ago. It reflects the older tradition of Pashupata Yoga through the great guru Lakulish going back to the Mahabharata. Hatha Yoga brings in asana as the first of its three components, working with prana as the second component, and Raja Yoga or non-duality as the third, so Hatha Yoga is often regarded as a preparation for Raja Yoga.

Asana as physical posture is one of the outer limbs of Yoga Sutras, Raja Yoga and Hatha Yoga traditions overall. Some people call modern Asana-based Yoga practices as Hatha Yoga because asanas are mentioned in more detail in Hatha Yoga texts. This is incorrect because Hatha Yoga includes pranayama, Kundalini Yoga and directs us to Samadhi. It is not centered on Asana but on Prana.

There are several types of traditional Raja Yoga. Patanjali Yoga Sutras is one but there is also the Vasishta Samhita and Yogi Yajnavalkya, which are other ancient texts in the older Hiranyagarbha Yoga tradition that Patanjali is part of. The most important Raja Yoga text can be said to be the Bhagavad Gita of Sri Krishna, which emphasizes inner awareness and discernment and devotion, not asana or Hatha Yoga techniques, though it does mention these factors as well.

There are additional forms of the higher Raja Yogas including Siddha Yoga, which was the Raja Yoga that Shaivite Hatha Yogis aspired to. Gorakhnath teaches this Siddha Yoga as part of the higher teachings of Shaivite Yoga, including direct Self-realization and non-duality. It is reflected in the works of Abhinavagupta and Kashmir Shaivism, which has several levels of teachings from rituals, to asana, pranayama, mantra and meditation to direct Self-realization.

We must emphasize the Advaitic or non-dualistic Raja Yoga as in the works of Adi Shankara like Aparokshanubhuti, in which Asana is defined as resting in the Supreme Brahman, not simply a physical posture but a steady state of higher awareness. Raja Yoga and Jnana Yoga or the Yoga of Knowledge cross over in many ways and cannot always be separated. In the Yoga Sutras the state of Kaivalya or the natural state of the Self (Purusha) is achieved by knowledge (viveka-khyati).

Bhakti Yoga or Devotion can also comprise a direct or Raja Yoga, as in the Ishvara Pranidhana, surrender to the Divine Self within as a the main factor, emphasized in the Yoga Sutras but also in Vedanta. Similar devotional terms and practices are found throughout the greater Yoga tradition.

The ultimate goal of Yoga is Self-realization, whether Patanjali or Shankara, which is a radical shift of our awareness from its identification with body and mind to its natural state of pure consciousness detached from body and mind. This Self is the Universal Self, not the bodily self or mental self or the embodied self in any form.

All Yoga is ultimately Raja Yoga, as Raja Yoga includes the outer aspects of Yoga among its preparatory factors, affording it an integral approach overall. Similarly, Jnana Yoga also includes Hatha Yoga and Karma Yoga as part of its preparatory practices.

Purification of body, prana and mind form an integral part of all Yoga paths, as we human beings have many karmic tendencies and pranic blockages that must be removed first so that the mind has the subtlety to reflect the higher Self. Without this preliminary purification, particularly for modern and western Yoga practitioners who may have physical toxins and emotional disturbances, there is not the inner composure and discernment necessary to approach the inner Self beyond the mind. These purification practices begin with the yamas and niyamas, and similar dharmic values and practices in our daily lives.

Yoga has many levels and practices. These are based upon the condition and aptitude of the individual, what is called “adhikara” in Sanskrit, or what we have the ability to accomplish based upon our degree of mastery of body and mind. There are individual differences of doshas, gunas and karmas to be carefully considered. The higher Yogas like Raja Yoga cannot be understood unless we remove the rajas and tamas, the arrogance and inertia from our own minds. Yet without entering into the Inner Yoga of Samadhi and Raja Yoga, we cannot realize the Atman/Purusha within, our true Self-nature. So let us follow the teachings of Yoga out to their ultimate goal and not stop short along the way! 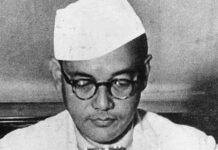 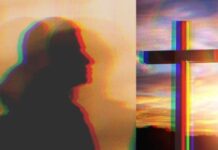 Prathima - June 4, 2021
Pitta dosha is one of the three main biological forces and mind-body types at the basis of Ayurvedic medicine. Pitta is easy to understand...