India was divided on the basis of religion, pitting secular India with a sizeable Muslim population against an Islamic Pakistan with virtually no Hindu minority. India should have better understood the nature of the enduring Pakistan’s Islamic challenge to India in J&K, which over the years has become progressively worse, and insulated the territory from it right from the start.

The revision of Article 370 removed a long festering abscess in our body politic. India had been divided in 1947 but Article 370 blurred a neat division by preventing the full integration of J&K with India. J&K obtained a special status because of the religious factor. The pressures of the time notwithstanding, the accession of J&K to India should have ideally led to the full incorporation of J&K into India, whatever the religious composition of the territory, and helped build from the start the foundations of a secular polity in the state.

If, as it has been claimed time and again, that the Sufi Islam of Kashmir is tolerant by nature, it should have been that much easier to integrate the territory into secular India. Instead of following that route, India chose to yield to religious compulsions and fed into the uncertainties about Kashmir’s future. Worse, we internationalised the issue by taking it to the UN. The partition of India itself was not done under international auspices or that of the UN. The J&K issue, an off-shoot of the partition decision taken solely by Britain, need not have been internationalised. If the international community had no stake in a united India, they should have been given no role in deciding the future of a part of independent India that had already lost huge land after Pakistan had been carved out of civilisational Indian territory.

Why India that believed in secular principles and structured the Constitution to protect India’s Muslims felt it had to prove its secular credentials to the Muslim Kashmiris is not easily comprehensible. India accepted and persevered with religious logic in J&K for 70 years, despite mounting challenges on the ground. After partition, India had 35 million Muslims living amidst Hindu majorities all over the country within a secular framework. The estimated population of the whole of J&K in the 1941 census was 3.95 million, of which less than 3 million were Muslims. After India’s partition and occupation by Pakistan of J&K territory, the total number of Muslims in J&K got further reduced. Yet, for this small number of Muslims concentrated in the Kashmir Valley India made compromises with its secular foundations and pandered to local communal interests. Why could not these few million Kashmiris have been made part of the national mainstream with the same kind of constitutional protections for minorities as benefited the Muslims in the rest of India.

India was divided on the basis of religion, pitting secular India with a sizeable Muslim population against an Islamic Pakistan with virtually no Hindu minority. India should have better understood the nature of the enduring Pakistan’s Islamic challenge to India in J&K, which over the years has become progressively worse, and insulated the territory from it right from the start. In the early years, the Islamic world on which Pakistan relied increasingly to buffer itself against India had not become powerful financially and ideologically, as it did after the 1973 oil crisis. The spread of Wahhabism, increasing radicalisation and terrorism as a global phenomenon flowed from this, with the emergence of the Organisation of Islamic Countries (OIC) as a platform of an Islamised diplomacy by Muslim countries. All these developments were sought to be leveraged by Pakistan against India on the J&K issue, including on the treatment of Muslims in general in India. In the early critical years India had strong Arab allies within the nonaligned movement. They were opposed to Islamic radicalisation and believed in secular politics and modernity. India did not take advantage of those favourable circumstances to close the J&K chapter. It allowed the Anglo-American block to stand in its way, apart from being wedded at home to a version of secularism rooted in electoral politics.

Because of short-sighted and self-defeating policies, successive Indian governments continued to be diffident in taking hard decisions, accepted Pakistan’s legitimacy as an interlocutor on the Kashmir issue, allowed it to be inscribed on the agenda of the bilateral dialogue with Pakistan, tolerated the process of increased Islamic radicalisation of the Valley Muslims, kept enduring the onslaught of terrorism in J&K sponsored by Pakistan and yet delinked bilateral dialogue from its role in promoting terrorism. Our policies kept the sentiment of separatism alive in the Valley; the Hurriyat leadership was allowed to hobnob with Pakistani political leaders and officials even in the Indian capital. Ethnic cleansing on the basis of religion was tolerated in a part of our own country.

In this background the revision of Article 370 and Article 35 A and the bifurcation of the state into two Union Territories was a decisive and bold step that is history changing in scope. The vacillations and dithering of the past ended in August last year. J&K has been fully integrated with India, Pakistan has been definitively excluded as an interlocutor, concerns about adverse international reaction by anti-lobbies were disregarded, the already defunct UN resolutions on Kashmir have been rendered even more irrelevant, the old political leadership in J&K has been removed from centre stage and the ground cleared for a new leadership to emerge. The Modi government has shown resilience in pursuing its charted course in J&K, refusing to release detained party leaders and others until opportune and maintaining internet restrictions despite domestic criticism and that from left-liberal lobbies abroad. Pakistan is being prevented from instigating terrorist violence through the social media. It cannot be gainsaid that apocalyptic scenarios conjured up by many if Article 370 and 35A were revised have proved highly exaggerated, even if the situation is not fully normal yet. That political lobbies have emerged in J&K that are willing to participate in a revived political process is encouraging.

What is deliberately overlooked by human rights activists in India and abroad (and this is a sad commentary on their political bias) are the many unpardonable human rights abuses that were inbuilt into the earlier political order in J&K. These have been eliminated, be it the highly discriminatory residency laws, denial of citizenship rights to refugees who fled to J&K from areas that became Pakistan, the condition of the scheduled castes (also deprived of reservation schemes), gender inequality built into previous laws, unequal access to employment and education, and depriving the population of all the social benefit schemes available to the rest of the Indian population including the Muslims. For these activists access to high speed internet is a greater fundamental human right.

The changes in J&K will greatly improve the development prospects of the territory, improve governance, curtail corruption, eliminate political cliques that had developed a vested interest in separatism to remain in power, control terrorism and improve India’s security. There is work ahead.

This article was first published in www.vifindia.org. The article belongs to them. 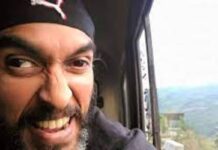 Prathima - November 9, 2021
October was not good news for the social media giant Facebook and family including WhatsApp, Instagram and Messenger. It came under serious criticism when...