OUR HUMAN LIVES ARE GOVERNED BY the same cosmic forces that rule over the universe as a whole. Hindu thought teaches us that the individual human being is a reflection of the universal Being and explains how we can link the two together for overall well-being and for ultimate Self-realization. This connection is mirrored in the discipline of Vedic astrology, or Jyotish, the science of light, which shows how the influences of the stars and planets at a cosmic level affect the movement of our personal human lives through our karma and our dharma

Modern physics is recognizing our human activities are interrelated with those of the cosmos, both on subtle and vast levels. Modern medicine is slowly accepting the existence of powers of life and intelligence in nature that we cannot reduce to mere chemistry and which we are an integral part of.

One of the most important branches of astrology is medical astrology. After all, among the first questions everyone asks an astrologer are “How long am I going to live?” and “Will my health remain good?” Medical astrology assesses our health potential, our likely diseases, their timing and their treatments. Yet it is not confined to the physical. Medical astrology encompasses our psychological well-being and addresses emotional and mental afflictions, as these are usually our main source of suffering in life. It helps us discern the karmic issues in what we experience, which are mirrored in the placement of the planets in the Vedic birth chart.

Ayurveda and Jyotish work best when used together. Ayurveda examines individual constitution and disease factors according to the three doshas, or biological humors, vata, pitta and kapha, which correspond generally to the air, fire and water elements respectively, as imbued with prana and functioning at a biological level.

The nine planets of Vedic astrology relate to the Ayurvedic doshas (biological humors). When dominant in the chart, planets set their corresponding doshas in motion. While I have indicated the general dosha and planet correspondence below, the actual interrelationship is more specific. Each planet has its doshic signature and effects.

Mars, the Sun and Ketu are pitta or fiery planets. Moon, Venus and Jupiter are kapha or watery in nature. Saturn, Mercury and Rahu are vata or airy in nature.

Similarly, the twelve signs of the zodiac ( rashis ) follow the scheme of the elements as earth, water, fire or air signs, starting with Aries and the fire element. The twelve houses ( bhavas ) relate to different parts of the body, functions of the mind and factors of health and disease, starting with the first house as the head and relating to our overall health.

According to Ayurveda, most diseases are caused by vata dosha, the biological air humor that governs our overall pranic energy and the aging process. Reflecting this fact, the main planet for causing disease is vata-ruling Saturn, which shares vata dosha qualities of being dry, cold, light and depleting. Saturn, like vata, is responsible for most chronic and degenerative conditions, from arthritis to cancer and nervous debility, including poor immunity and limited longevity, as well as vata-based emotional conditions like depression, fear and anxiety.

Fiery Mars, which governs most pitta diseases, does its share of damage, causing acute diseases, fever, infection and bleeding, extending to fiery mental conditions like anger and jealousy, and often causing physical injuries. Even watery or kapha Moon, Venus and Jupiter, which generally promote positive health, can cause illness, such as diabetes and heart disease.

As factors that cause eclipses, the lunar nodes, Rahu (cut off head of the serpent) and Ketu (cut off tail of the serpent), said to be like Saturn and Mars respectively, are dangerous relative to our long-term vitality and immunity. In addition, they can subject us to collective karmas beyond our personal control, such as wars and epidemics. The nodes govern mysterious psychological and nervous system derangements, often involving the subtle body, and produce karmic conditions that are difficult to cure or treat.

In Vedic astrology, the malefic or difficulty- and disease-causing planets (Saturn, Mars, Rahu, Ketu) are most dangerous when placed in angular houses in the chart (houses one, four, seven and ten) or located with the Sun or Moon, where their influences are stronger.

Usually benefic planets—the Moon, Venus, Jupiter and Mercury—promote positive health and happiness, as do the planets ruling trine houses (first, fifth and ninth). These planets can counter the effects of disease-causing planets, particularly if located in angular or trine houses in the chart. Yet, malefic planets can protect one’s health if located in certain houses ( upachayas like the third, sixth and eleventh), where they promote immunity, mental and physical strength.

Even naturally benefic planets, like Jupiter, Venus, Moon and Mercury, can cause health problems if they rule difficult houses in the birth chart from the ascendant, or if afflicted by malefic planets. The sixth and eighth house lords, which govern disease and death, in particular can cause disease and sorrow.

The Practice of global pandemic

Vedic medical astrology can appear ominous. Everyone has periods of ill health and will eventually get sick and die, so every chart has negative health potentials. To look for these combinations, particularly in one’s own chart or that of someone close to us, can be disturbing. One is bound to find something. This looking for health afflictions should be balanced by looking for positive health-promoting combinations to counter them.

The global pandemic was anticipated by astute astrologers.

Like other factors of Vedic astrology, the medical side can be quite accurate. For example, I have seen a lot of consistency in the charts of cancer patients in terms of planetary afflictions and timing of the disease.

Proceeding carefully, I first asked the woman if she had a younger sister. When she said yes, I asked if that sister had any major health problems. She replied that she was very ill. I asked if it could be cancer, perhaps breast cancer. She confirmed my suspicion and said that was one of the reasons she was consulting me. She thought I was a psychic, but I was merely applying classical principles of Vedic astrology based upon previous chart experience.

More recently I have specialized in psychological astrology. Combinations and timing for such conditions as depression, bipolar disorder and even suicide can be found in the chart, particularly relative to the Moon, Mercury, Rahu, Ketu and Saturn. For example, if there are joint Saturn and Mars aspects on the Moon, which is otherwise weak, personal or domestic happiness will be difficult to achieve and a life of renunciation or independent living would be better for overall emotional well-being.

Use of Medical Astrology

Medical astrology has many usages and levels of application. It can show if a person is likely to become ill and when they are likely to recover. If a person with a major illness is entering into a difficult planetary period ( dasha ), the prognosis is not likely to be good. But if the planetary periods are positive, a quick recovery can be indicated. The chart can also show the types of treatment the person may receive or which treatments may work best for them. Even malpractice or wrong treatment shows up in the chart!

The Vedic system does not leave us helpless before negative planetary forces. By warning us of impending negative planetary periods for health or emotional well-being, Vedic astrology helps us take precautions and be prepared so as to minimize the dangers.

Special remedial measures of Vedic astrology are used to promote health as well as the other goals of life. Gems, yantras, mantras and rituals for planetary Deities or difficult birth times can make a real difference in the vitality of a person and strengthen the immune system. These are commonly prescribed in India and at Hindu temples.

The right gems fortify the pranic field and subtle body, which is highly sensitive to cosmic rays. Yellow sapphire, the stone for benefic Jupiter, is often the best in this regard. Mantras and rituals are even more powerful, but must be performed regularly and with devotion. Rituals are particularly good for problems caused by Rahu and Ketu that have an occult influence or for psychological disorders in general. 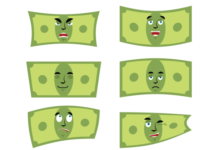 admin - October 15, 2019
By Ganashyam "The mainstream commercial film industry in India is caught in its own web of star system and formulaic plots. Though the industry has...