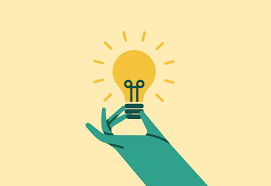 There is a distinct trade-off between incentives for inventors and deadweight losses for the economy from granting monopolies.

There are two principal and diametrically opposite moral philosophies on patent rights –
First, the “natural rights view”, which sees an innovation as naturally belonging to its creator, the individual or ‘the party’ that had the inspiration and invested in its development. Under this “natural rights view”, any action other than assigning full rights to the inventor constitutes theft.

The contradictory philosophy, the “public rights view,” is that – knowledge and ideas belong in the public domain, for all to discuss, use and build upon, and that the assigning of private property rights means putting an improper restriction on the rights of the public.

This view is based on the fact that the laws of nature that govern our world is different and exists separately from humans, and that just because an individual was first to discover something should not mean that the individual gains ownership over it.
Between these two distinctly opposite approaches is room for a system that does both – recognize some rights for inventors and assure that information and ideas fundamentally belong to all.

Therefore, most legal systems have adopted a comfortable approach that is based out of utility, where the need to incentivize innovation is a trade off against the need for public access. Such a utilitarian based approach is important because of innovation’s main objective which is in driving improvement in our standard of living itself.

First, patent rights facilitate knowledge diffusion, because, as a condition of receiving a patent, inventors are required to describe the technology in sufficient detail so that someone skilled in the art can reproduce it, giving the patent holder, the right to first discovery and thereby the royalties.

The second way in which patent rights promote innovation is by creating a market for ideas and innovation, thus facilitating transactions such as the licensing or sale of an innovation and enabling the efficient allocation of ideas and technology.

Third, and most importantly, patent rights increase the incentives for private agents to innovate by providing a higher return to innovation.

According to the World Intellectual Property Indicators, that draws on data from national and regional IP offices, the WIPO, the World Bank, and UNESCO – for the year 2014, China had applied for 928,177 worldwide patents, of which 233,228 were granted, while India had applied for only 42,854 patents, but were granted such miniscule approvals that it did not even make the cut in the top 10 countries by patent approval rankings.

Among the changes leading to the increase in patents in India has been the year 2016s introduction of the National Intellectual Property Rights Policy, which sought to boost innovation by simplifying the procedures for granting patents, trademarks, and copyrights.

However, despite the efforts, the lion’s share of patents from India continues to go to foreigners. While 1,712 patents were granted to resident individuals and entities, 10,675 went to non-residents. The same has been true in previous years, even though the number of patents granted to resident entities has increased over the years—from 1,115 in 2016 and 822 in 2015.

One of India’s biggest strengths is how many innovators and inventors it has. One of its biggest weaknesses is how difficult it is for them to protect their ideas – when it comes to paying for it !

Entrepreneurship in India is unaffordable

It costs a minimum of 15-18 lakhs out of pocket for an entrepreneur to be able to just enter the official entrepreneurs market. Setting up a fashion design start up, for example, needs a budget of ₹ 20-25 lakhs and to be in compliance. Besides, having to leave existing back breaking job and jump into an uncertain unsecured domain blindfolded, this albeit govt’s numerous schemes on start up is still a risky venture for many young entrepreneurs.

The process of filing for a patent is exhausting, and there is no element of certainty as to whether the application shall be accepted and the invention patented. Therefore, the cost of patent registration is a bit on a steeper side.

While the cost of filing a patent in India is between 1-3 lakh rupees, the cost of a worldwide patent which covers patent rights in 200 countries is a whopping $ 100,000 US

How does China innovate differently?

In 2016, while India was setting up the National Intellectual Property Rights Policy framework, China reduced it’s patent filing fees, which is payable in US dollars, by as much as 75% – if the patent is co-owned by two or more owners, and as much as 85% in case of a single owner applicant.

Furthermore, the Chinese have designed a system to promote innovation right at the grassroots level –

The local municipal government encourages a local company to file patents to boost innovation. If a company’s annual patent applications reaches a certain amount, there are certain percentage of tax rebates, with additional incentives offered by the government.

The incentive to innovate is so lucrative that the local companies have further introduced the following incentives for all their employees nationwide :

If an employee puts forward a good idea, the company reward is up to 1,500 yuan per idea.

If an employee applies for a patent through their company, there is a reward of 500 yuan, if the patent application is passed, additional rewards upto 1,000 yuan is granted.

If an employee already has a patent, the employee can apply for additional incentives to the local government, with the maximum award of upto 4,000 yuan.

So while India’s post economic liberalisation of 1990 allowed us to participate in the world economies, our service oriented mindset and the related loss of patent ownership to the labor supplier nations has us failed in producing any pathbreaking innovation and this mindset of being used to the old model service exports needs tinkering.

In conclusion, the challenge we in India face is that of our collective mindset. Where entrepreneurship and innovation is looked down upon, and to most, the perception is that we still come from a place of scarcity – where many seek security rather than participate in the higher laws of maslow with an abundance mindset. 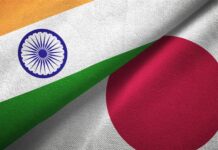 Prathima - November 9, 2020
The sluggish Bureaucracy and the government in Rajasthan are missing opportunities and failing to attract investments and generate jobs. It’s time they woke up...

Is the Threat of Islamic State Khorasan a Red Herring?