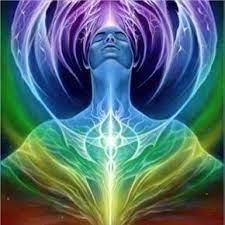 The cosmos is not something that exists outside of us extending into vast regions of space beyond our comprehension. The cosmos also dwells within us at the core of our being as the most intimate aspect of our own nature. This inner cosmos is a cosmos of consciousness that similarly extends far beyond the limitations of our mind and senses as does the outer universe.

So far science has only recognized a small portion of the outer cosmos, that of the physical universe. Modern quantum physics has revealed some of the secrets behind it, including how time, space and causation break up at the origins of the known universe. Yet there are other types of cosmic reality beyond our physical world and intertwined along with it, of which our entire known universe may just be but a shadow.

The Cosmology of the Soul and the Process of Rebirth

There are additional levels of the cosmos, not yet known by modern physics, which is still caught in an outer view of the world. These levels extend to realms of life, mind, intelligence, unbounded bliss, unlimited consciousness and eternal being that we have yet to entirely imagine or conceptualize. We only contact their shadows in the physical realm in dream, deep sleep and higher states of consciousness that we touch only vicariously.

These subtle realms of the cosmos can be discovered in within our own consciousness, behind the ordinary mind that is caught in physical reality and ego identity. Exploration of the inner cosmos is the basis of true Yoga and deep meditation.

Uncovering the hidden cosmology of consciousness takes us into inner realms beyond the physical, including realms that the reincarnating soul inhabits between birth and death, as well as its permanent abode in in higher abodes of cosmic creation beyond all form based worlds.

Death puts us back in touch with their forces and makes us deal with them again and reencounter our soul reality through them.

Our physical world is not the home of the soul. For the soul, or what is called Jivatman or the individual Self in Sanskrit, the physical waking world is a realm of journey, pilgrimage, visit and work, not its true nature. After our physical life is over we take back to the realm of the soul the essence of our experience, knowledge and energies developed in the physical life, like the gifts a traveler brings home from a foreign land, or the pollen a bee takes back to build its honeycomb. These energies help the soul evolve in its transcendent home and allow it to access higher states of consciousness beyond. They support it in other lives in other bodies and other worlds.

The inner cosmology of consciousness is not simply a structure, pattern or process like those in the physical realm and its powers of light and energy. The inner realms of consciousness are structured, created and sustained by life, mind, inspiration, intuition and other yet more adaptable energies of intelligence and consciousness. Some of this is revealed in the mantras and yantras of Yogic practice.

Mantras, particularly Shakti bija mantras like OM and Hreem, hold the vibratory powers that sustain the cosmology of consciousness. We can use them as vehicles to uncover and move through the inner realms as an extension of the vibration of our own inner being.

Yantras like the famous Sri Yantra reflect its energetic manifestation of the universe of form, life and formless patterns. We can focus on various yantras to uncover different aspects of the cosmology of consciousness, its laws, powers and guiding principles. Our inner cosmology reflects a sacred mathematics and sacred geometry, including what is taught in Vastu, the Vedic architectural side, and Jyotish, Vedic astrology and its science of time, space and karma.

The chakras system of the subtle body along with it energy channels of nadis reflect the seven levels of the universe as matter, energy, mind, intelligence, bliss, consciousness and being (anna, prana, manas, vijnana, ananda, chit, sat), and how these seven levels interface and underlie our physical reality.

Yet at a deeper level in the spiritual heart (hridaya), the seat of the soul, these chakras form the cosmic pyramid or mountain in seven layers culminating in the highest point of pure unity that takes us beyond all manifestation and every form of thought.

This cosmology of consciousness can also be viewed in the form of various lotuses, like the lotuses of the chakras from four petals below in the root or earth chakra (muladhara) to the thousand petal lotus (sahasra padma) of the head. Yet there are many other lotus formations, some as part of yantras, others as their own structures, helping us understand how the one becomes all. The inner cosmology of consciousness reveals the universal gestalt.

Such vibratory formations of consciousness, however, are not physical or material, or even any type of material based energy from subatomic particles and the elemental forces of the material world. They form the fabric of space, both manifest and unmanifest, physical and mental.

Exploring Our Inner Universe and the Cosmology of our own Consciousness

Yoga and meditation teach us to explore our inner cosmology of consciousness, the universe that dwells within us. This exploration of the inner universe is more important and wondrous than examining the outer universe. It is our great adventure in consciousness that is the highest adventure of the soul.

Yet to move into the inner universe and explore the inner cosmos requires a similar daring and fearlessness as the exploration of the outer world or outer space. It is not for the timid or those looking for mere physical or material security or prosperity. It requires breaking through the illusion of physical reality, going beyond the mind, and letting go of our sense of personal identity.

Yet it is the most rewarding of all journeys and explorations as it offers us the possibility to discover the secrets of immortality – to be able to hold infinity and eternity in the palms of our hands that have no form or shape, beginning or end.

May you uncover the universe within you and learn to explore all of its beauty and magic!

Prathima - March 19, 2021
After India and Pakistan agreed to the ceasefire at the Line of Actual Control (LAC), Pakistan’s Chief of Army Staff General Qamar Javed Bajwa...

The Perils of Vaccine Nationalism