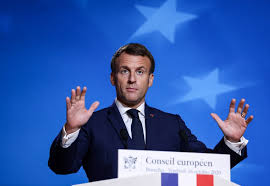 Terrorism often hides behind the cover of individual and religious freedoms to attack liberal democracies. It even provokes overreaction from military and security agencies in order to then demonize them as its shadow image. On November 18, 2020, the French government decided to disarm this trite ‘jujitsu politics’ by issuing details of its new set of counter terrorism measures, which would soon be presented as a bill before its parliament.

It is noteworthy that France has been in the eye of a political storm in recent months over its stance on secularism vis-a-vis political Islam. In fact, the country’s body politic has been deeply impacted since 2015 when it was struck by one of the most dreadful terrorist attacks of all times. On January 7 that year, several masked gunmen – later identified as French nationals of Algerian descent – targeted the Paris office of the satirical publication Charlie Hebdo and killed 12 people over the publication of allegedly objectionable cartoons about Prophet Muhammad.

That very afternoon, another gunman shot four people and held a further 16 hostage at a kosher grocery store on the outskirts of Paris. The aftermath has since spewed complex and layered debates about power, colonial history, minority sentiments and free speech in the country.

Another grievous tragedy struck on November 13, 2015, when ISIS carried out simultaneous attacks in several areas of Paris, in which 130 people were killed and hundreds more were injured. State response to these attacks was swift and decisive. The government declared a state of emergency and the police carried out hundreds of raids across the entirety of France and in Belgium in search of suspects as well as ISIS cells. These searches continued till 2016 as several Muslim homes were raided in and around Paris, allegedly without warrant, in addition to many mosques and Muslim-owned businesses. These terrorist attacks and the subsequent police action gave rise to a growing public perception that Islam was incompatible with French secularism and way of life.

The beheading of Samuel Paty

The situation appeared to have stabilized in France from 2016 till early September 2020, when trials began against the suspected accomplices of terrorists who attacked the Charlie Hebdo. The weekly decided to republish the cartoons to reassert its freedom of expression. Unfortunately, a violent backlash preceded the commencement of the trial, when a 25-year-old Pakistani national, Zaher Hassan Mahmood, stabbed two people near the former offices of Charlie Hebdo in Paris. It is reported that Mahmood repeatedly had watched several videos of the founder of Tehreek-e-Labbaik, a group which held a series of demonstrations in Pakistan over the planned republication of the cartoons.

These brutalities peaked with the gruesome killing of a French middle-schoolteacher of history, Samuel Paty, on October 16, 2020, after he had displayed naked cartoons of the Prophet in a class on free speech. At the memorial service held in honour of the deceased teacher at The Sorbonne, President Emmanuel Macron vowed that France “will not give up cartoons”. Many French citizens projected huge images of Charlie Hebdo cartoons and the images of Paty onto government buildings in the Occitanie region — Montpellier and Toulouse — as a symbolic tribute to the deceased teacher.

Although the French Council of Muslim Faith, the main organisation of the public authorities of Islam in France, along with several of the prominent Muslims and Imams condemned Paty’s murder, Muslims around the world felt outraged over the projection of the Prophet’s caricatures on government buildings and the French President’s support for the cartoons as an assertion of freedom of expression. For instance, Turkish President Recep Erdogan said that the French president had “lost his mind”, which prompted France to recall its ambassador in Ankara.6 Public protests spread to many Muslim countries. Kuwait and Qatar boycotted French goods, ranging from President dairy and Evian mineral water to Peugeot cars and Cartier jewellery. Thus, the focus switched from the issue of terrorism to a debate between Islam and liberalism.

The most fervent opposition to French counter-terrorism measures against radical Islam and terrorism came from Pakistani leaders, who further humiliated themselves by backtracking from their positions under French pressure. After Prime Minister Imran Khan accused President Macron of “attacking Islam”9 by encouraging the display of the Prophet’s cartoons, his government’shuman rights minister, Shireen Mazari, tweeted that Macron was treating Muslims like Nazis treated Jews in World War II. Following a stern condemnation by France’s foreign ministry, she tweeted: “The article I had cited has been corrected by the relevant publication, I have also deleted my tweet on the same.”

The French concept of secularism gives liberal ideals like freedom of expression greater precedence than religious sensibilities in the public domain. Even prominent Western newspapers published articles capturing the divisions in French society. The Financial Times, for instance, published an article, “Macron’s war on ‘Islamic separatism’ only divides France further”. This article, however, was later withdrawn, citing ‘factual errors’. The New York Times published “Macron’s rightward tilt, seen in new laws, sows wider alarm in France”. Macron criticized such articles as ‘legitimizing violence’ and insisted that the French model was different from the European model, in that while the latter was multi-culturalist, the French model was ‘universalist’.

India meanwhile supported France and President Emmanuel Macron unequivocally. The Ministry of External Affairs, in a statement on October 28 strongly deplored the personal attacks on President Macron and condemned the “brutal terrorist attack that took the life of a French teacher in a gruesome manner that has shocked the world. We offer our condolences to his family and the people of France … There is no justification for terrorism for any reason or under any circumstance.”

In the wake of these controversies, President Macron announced a slew of new counter-radicalisation measures that will be presented in parliament as part of a new bill. Among the measures, the French president asked Muslim leaders of his country to agree to a “charter of republican values”. It has been reported that the charter shall state that Islam is a religion and not a political movement, and that it prohibits “foreign interference” (particularly of Islamist groups like the Muslim Brotherhood) in the affairs of the French Muslim community. The French Council of the Muslim Faith has been asked to establish a National Council of Imams, which will reportedly issue Islamic clerics with official accreditation, which could even be withdrawn in case of violations.

Prathima - April 3, 2020
Why has India’s growth in space technology been slow compared to global peers? That’s because of enemies within and without. Here’s a glimpse into...

Why Coffee Tastes The Way It Does: A Dive Into The...

The Situation in Pakistan: Pressure Building on the Imran Khan Government