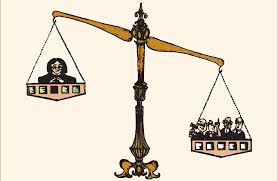 Our parliamentarians are calling for some strict punishments to rapists and murderers. But our problems are systemic. We need to overhaul our enforcement and judicial systems to check crime.

There was an uproar in the parliament on Monday on the brutal rape and murder of the young veterinarian in Hyderabad. Some parliamentarians like Jaya Bachchan recommended public lynching of the the perpetrators of the crime, while some others recommended chemical castration of the criminals. This is a repeat of the aftermath of the Nirbhaya rape and murder. Next, we’ll see candle light marches and trials that will take years before the criminals are brought to justice. The criminals, even after being convicted in a lower court will have the rights to go to a higher court and appeal. All this while they are fed and housed on the taxpayers’ money.

There are facts to prove that the conviction rates for heinous crimes like rape have steadily declined over the years. It was 44.3 percent in 1973 and declined to 37.3 percent in 1983 and further declined to 27.1 percent in 2013. Recent figures indicate that in 30,000 rape cases only 1 in 4 accused get convicted. The conviction rate for murders vary. The national average is about 46 percent which means 54 percent of the murderers get away with it. This rate differs from state to state. In states like Bihar it’s about 10 percent.

So, what do these figures say about us as a nation and a society?

We have a massive population that procreates without discretion and without having the education or the means to instill good moral values or social mores into the kids we produce. Our population control program started since independence has been a massive failure. The same applies for the various so called citizen awareness programs we have pumped monies into since independence. Corruption was institutionalized under Indira Gandhi and look at what we have inherited. It’s an entire system that has corroded from inside. A corrupt and incompetent law enforcement machinery, an equally inept and corrupt judicial system that sits over cases for decades and has been consistently denying justice to those who deserve it.

Our police forces are drastically under equipped to handle the crime. The UN recommends  a capacity of 222 police personnel for every 100,000 people.  In India the sanctioned strength is 187 per 100,000. But in 2016 we had an average of 137 policemen per lakh of people. This has only come down in the last few years. The other aspect is that of the way we train our policemen. They are not equipped to be sensitive to the public and the quality of investigations they carry out is poor and that reflects on the conviction rate. We are also terrible in terms of providing infrastructure like weaponry and vehicles to our police forces. According to various reports the police have a 30 percent deficiency in terms of the infrastructure they require.

Our judiciary has a similar issue. The pendency of cases is a massive issue which never seems to get solved as our current system has problems filling up the vacancy for judges. Also, there is corruption in the judicial system. Remember that case where that Kolkota judge was impeached by Rajya Sabha for misappropriation of funds. Then there is this lack of transparency in appointing the judges, thanks to this system of collegium. NJAC was tabled as an alternative to collegium. While it wasn’t perfect, it was a more transparent and a bunch of judges with vested interests shot it down as unconstitutional.

So, how do we control crime and provide a better rule of law?

We need to modernize our police machinery. Spending 3 percent of the state revenue on policing is not adequate considering the crime rates are shooting up. We need fast track courts and not allow those accused in heinous crimes to approach higher courts or file mercy petitions. The larger issue is that we need to overhaul our entire judicial system, particularly with regard to criminal justice and our enforcement mechanism. Tougher laws to tackle heinous crimes are welcome. But they will only stay on paper if we do not have an enforcement mechanism and an effective judiciary.