After assuming power in August 2018, Prime Minister Imran Khan and his party Pakistan Tehreek-e-Insaf (PTI) promised to usher in a ‘Naya Pakistan’, one which would be corruption-free and care for the common people. Most importantly, he promised to transform Pakistan into Riyasat-e-Medina (State of Medina), based on the model of governance adopted by Prophet Muhammad during his years of migration to Medina.

Additionally, his government also talked about implementing a Single National Curriculum (SNC) to recast the education system in Pakistan and make sure that private, public schools and madrasas follow a uniform curriculum. Known in Urdu as Yuksaan Taleemi Nizam, it means the same education system for all students irrespective of their economic and social background. The SNC was conceived as ‘One System of Education for All’, which intended to introduce a uniform system “in terms of curriculum, medium of instruction and a common platform of assessment so that all children have a fair and equal opportunity to receive high quality education”.

According to the Pakistan Education Ministry, multiple comparative studies with the educational curricula of Singapore, Malaysia, Indonesia and the United Kingdom (UK) were conducted to align the SNC with international standards. However, an article published in Gandhara aptly raised the question as to “why Pakistan needs a curriculum set by the federal government when education was devolved to the provinces through the 18th constitutional amendment in 2010.” It added, “Critics say the SNC is a means of undoing this at the behest of the powerful military establishment that has repeatedly expressed dislike of the 18th Amendment, and they say it’s a way to further indoctrinate an already conservative society.”

The government announced its much anticipated uniform national curriculum in 2019-20 with the aim of alleviating “disparities in education content across the multiple streams” and offer “equal opportunities” to all children to “receive higher education” and enable them “for upward social mobility”. It also talked about “holistic development of children in the light of emerging international trends and local aspirations” and “smooth inter-provincial mobility of teachers and students”. All this was aimed at ensuring “Social Cohesion and National Integration”.

In the first phase of SNC, which came into effect in March 2021, efforts are on to develop the curriculum from pre-class one to five. It is being noted that the religious content has dramatically increased with Islamic studies made mandatory for all, including non-Muslim students. The second phase of SNC to develop curriculum for sixth to eighth grade will begin from March 2022, while the third and final phase for ninth to twelfth grade will start from March 2023, the year in which the next general elections are scheduled to be held. If the disproportionate emphasis on Islamic studies at the primary level is any indicator, the emphasis on Islam is going to be the defining feature of the SNC. This has led people to ask whether the government’s one-nation one-curriculum policy is being used as a tool to further Imran Khan’s dream of transforming Pakistan into a ‘truly’ Islamic nation.

According to the Pakistan Education Ministry, the SNC is driven by some key considerations but the teachings of Qur’an and Sunnah tops them all, others being introduction to the Constitution of Pakistan, and the vision of Muhammad Ali Jinnah and Muhammad Iqbal. The SNC will be adopted and developed in three phases. In the first phase, which started from March 2021, the government is making it mandatory for students from class one to five to be acquainted with deeniyat (religious books on Islam). In the Urdu textbook for Grade 2, children are being instructed to recite the naat (poem in praise of Prophet Muhammad), and additionally, a chapter on the life and history of Prophet Muhammad is to be introduced for eighth, ninth and tenth classes. While there is a footnote on each page of the textbook instructing teachers not to force non-Muslim children to study Islamic texts, these instructions alone, educationalists say, will be difficult to enforce in classrooms where Muslim and non-Muslim students study together. Also, unlike in the past, English and Urdu have been made compulsory subjects under the SNC.

The PTI Government is of the view that since every educational institution runs its own curriculum, implementation of a single curriculum is the only way to enforce it in private schools. Madrasas may also be forced to adopt it. Analysts in Pakistan are of the view that religious seminaries should be brought under this umbrella only after taking their stakeholders into confidence (read the religious groups/leaders). If a uniform curriculum is imposed on madrasas forcefully, it may do more harm than good. According to Pervez Hoodbhoy, “Normal schoolteachers being under-equipped religiously, SNC calls for summoning an army of madressah-educated holy men – hafiz’s and qaris – as paid teachers inside schools. How this will affect the general ambiance and the safety of students is an open question.” It has also been observed that “The backdoor entry of seminary teachers into mainstream educational institutions may be the dream of some people but it will be a nightmare for the country. It is something that even Zia did not do. It is poison.”

For the critics of SNC, this policy change is more ideological than educational. They would argue that it has an overdose of religion that leads to fear of indoctrination of children at a young stage. Also, there is a fair chance that instead of mainstreaming madrassas, the mainstream teaching will be heavily influenced by the madrasas in the future, considering the fact that Prime Minister, every now and then, talks about making Pakistan “an example for the Islamic world, just like Riyasaat-e-Medina created by Prophet Muhammad (PBUH)”. As pointed out by Nadeem Paracha, Pervez Musharraf tried to introduce non-religious subjects in madrasas after 9/11 as “they were seen as hotbeds of religious radicalisation.” However, he added, “Not only did the move fail, this ploy also failed to take into account the possibility of radicalisation emerging in private and public schools because of a curriculum heavily influenced by retrogressive ideological biases and distortions.”

The SNC introduced by the Imran Khan Government is a continuation of the same ploy, Nadeem Paracha further argues, but it is now going the other way: “The overwhelming addition of new religious studies in it suggests that, to make the madressahs agree to accept the teaching of non-religious subjects, the government has decided to bring the madressahs to public and private schools. This is akin to the state’s recent attempt at mainstreaming radical outfits by encouraging them to take part in electoral politics. It is a ploy that most experts would agree is not working.”

In this grand vision of the government for a unified educational system for all, the children of minority communities do not seem to have any space. In the first phase of the newly introduced SNC, Holy Quran in Arabic and Islamic Studies are being made mandatory. According to the Pakistan Education Ministry, “In 2006, the subject of Islamiat was integrated with General Knowledge up to grade 2 and started as a separate subject from Grade 3 onwards. In the SNC Islamiat starts from grade 1 as a separate subject up to grade . Previously the subject of Ethics was designated for non-Muslim students in lieu of Islamiat from Grade 3 onwards. Now a new subject Religious Education has been introduced for non-Muslim students from grade 1 onwards for five minority groups of Pakistan.” In such case, students from minority communities may not have any other option but to follow the curriculum imposed on them.

Some Pakistani analysts suggest that the students belonging to religious minorities will also be required to study Islamiat and Deeniyat and may have to take exams on these subjects, if the National Commission of Minorities (representing Hindus, Sikhs, Christians, Parsis and Kalash tribe) fails to intervene. They argue that the SNC militates against Article 22 of the Pakistan Constitution which safeguards the rights of minorities. It states that “no person attending any educational institution shall be required to receive religious instruction … if such instruction relates to a religion other than his/her own.”

The PTI-ruled Punjab is the first province to adopt the SNC but is facing backlash for mismanagement, while the Pakistan Peoples Party (PPP) led government in Sindh has outrightly rejected it. Balochistan and Khyber Pakhtunkhwa (KPK) were not well prepared to implement it this year. It has to be noted that after the passage of the 18th Amendment, which guarantees more power to the provinces, education remains a provincial matter. In Punjab, where PTI has hurriedly introduced the new curriculum from class one to five, there has been an uproar from parents, private publishers and other stakeholders. The parents worry about the sudden change in the medium of teaching, from English to Urdu, which according to them will lead to rote learning.

Questions are also being raised about the credibility of 400 experts consulted for charting out this new curriculum. It also has to be noted that scores of books, which do not comply with the new policy, are being banned On March 20, 2021, 140 human rights activists, parents and educationalists signed an open letter to Prime Minister Imran Khan. According to the signatories, the right to choose the kind of education parents want for their children is a “fundamental human right”.

The Lahore-based public policy expert, Peter Jacob, and a team of educationalists have found that nine per cent of the content of class three English textbook introduced under the SNC violated Article 22 of the Pakistan Constitution. Some examples highlighted by Jacob include a question on the first page of a model Urdu textbook, which poses the following to class two students: “Do you know that Allah is our creator?”. Similarly, in the English textbook for class one, there is a comprehension passage titled: “Blessings of Allah”, while in class three English textbook, eight-year-olds are instructed to recite the naat, which has been described as a poem that especially praises Prophet Muhammad.

In a televised debate, Pervez Hoodbhoy argued that the new curriculum will in no way bring equality among school children. He underlined that there is not only an overdose of religion from the first to the fifth standard, the students are also being forced to learn lines from Quran and recite duas (prayers). With such an overload, where is the place for other minority children, he questioned? He noted, “Madrasa is meant to prepare for the afterlife and the schools are meant to prepare the young minds for this life. How can these be combined?”

Bringing about such changes in the curriculum may as well be a step towards caving into the right-wing demand to make Pakistan a ‘truly’ Islamic republic. Not long ago, on April 17, 2021, in a series of tweets, Imran Khan stated that he would not give in to the pressures of the Western liberal countries and protect the sanctity of the Prophet (Tahaffuz-e-Namus-e-Risalat) at all costs. A year ago, in May 2020, the PTI Government in Punjab had unanimously passed a resolution on Tahaffuz-e-Khatam-e-Nabuwwat (Movement to Protect the End of Prophethood). Recently, on May 09, 2021, Imran Khan during his visit to Saudi Arabia met Secretary General of the Organisation of Islamic Cooperation (OIC), Dr Yousef Al-Othaimeen, in Makkah and called upon the OIC member countries to come together and teach the values of the Prophet to the West. It was also noted in the meeting that following Khan’s letter to the heads of states of various Muslim countries, the OIC Council of Foreign Minister in Niamey had adopted a unanimous resolution on observing March 15 as ‘International Day to Combat Islamophobia’.

In times to come, Imran Khan’s overemphasis on further mainstreaming the religious education might result in increased conflict between his government and the opposition and also the civil society in Pakistan. 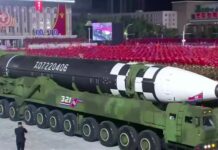 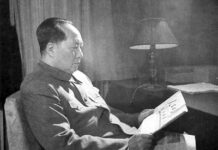 Why meditation should be part of school curriculum