Hindutva depicts the way of life of Indian people, their state of mind and ethos. Hindu, Hindutva and Hinduism cannot be confined to the narrow limits of religion alone excluding the content of Indian culture and heritage. Or confined to merely describing persons practising the Hindu religion as a faith. Hindutva or Hinduism cannot be equated with narrow fundamentalist Hindu religious bigotry or as depicting hostility, enmity or intolerance towards other religious faiths or as professing communalism.” Who said this? Wait. It is only half the question. Here is the other half.

A book titled Sunrise over Ayodhya authored by an eminent political leader but not so eminent a lawyer and released recently says that the Hindutva movement in India is the ideological counterpart of international Islamist terror outfits — Islamic State in Iraq and Syria (ISIS) and Nigerian Boko Haram. Both have killed tens of thousands of innocent people, kept thousands as sex slaves and concubines, tortured and mutilated human bodies, forcibly converted people and waged war against states with the aim of establishing a global Islamic State consisting of only Muslims, and eliminating all others. What is that book and who is its author? The answer to both will make the full story.

The answer to the first is that it is the Supreme Court which in 1995 expounded on facts and ruled that Hindutva and Hinduism are the way of life, culture and ethos of Indian people. The author of the book who equates Hindutva to ISIS and Boko Haram is Salman Khurshid, a Congress leader, also a lawyer who asked the court in 2019 to reconsider its 1995 decision. Now, is Khurshid just equating the philosophy of Hindutva to the ideology of ISIS or Boko Haram? Or is he mocking the Supreme Court for expounding the ISIS-like Hindutva as the ethos, culture and way of life of India? Interesting questions which the Indian discourse is unfortunately ignoring.

Digvijaya Singh had been endeavouring to create and sustain the image of Hindu terror for long. The three gentlemen share the view that either terror has no religion, or if it has, Hindu terror has to be innovated to give company to Islamic terror. Khurshid’s book now attempts to upgrade the idea of Hindu terror from local to global status by equating the Hindutva movement in India with ISIS and Boko Haram. Now look at what ISIS and Boko Haram are, with which Khurshid compares the Hindutva movement.

The ISIS claims to be the inheritor of the Islamic Caliphate founded by the earliest Islam to which it mandates the world’s Muslims should owe loyalty. According to the US think tank Wilson Center, ISIS divides the world as Muslims on the one side and non-Muslim Kufrs on the other, led by America, Russia and Jews. It celebrates “terrorism as worship of Allah as He ordered” Muslims. The Islamic Networks Group (ING) lists murdering innocents, persecuting Christians and Yazidis, forced conversions, human torture and mutilation of bodies, oppression of women, sex slavery, concubinage, harsh punishments as ISIS’ pastime in its endeavour to establish global Islamic rule.

According to Statista.com ISIS has killed, between 2013 and 2018, over 28,000 innocents. The Quint.com reported in 2018 that ISIS holds some 3,000 women and girls as sex slaves and gifts them to foreign fighters. Good looking girls of the small Yazidi community of 4,00,000 are its first choice as sex slaves. An NBC report of 2015 says some 1,100 ISIS sex slaves are living in Germany.

Now come to Boko Haram. The Nigerian jihadi group wants to eliminate fake Muslims and establish true Islamic state in Nigeria. Reuters reported in 2015 that 2.3 million people were displaced by Boko Haram, and some 2,50,000 people ran away from Nigeria as refugees. The Independent reported in the same year that in 2014 alone some 6,600 were killed by Boko Haram. It is with terror outfits with such a record that Khurshid compares the democratic and electoral movement for Hindutva.

In 2016, 21 years later, a seven-judge bench of the Court refused to reconsider the Hindutva decision. In 2019, Khurshid moved the court to refer the Hindutva ruling to a five-judge bench, but failed. Having failed in the court, he has now written a book equating Hindutva with ISIS and Boko Haram. Is it an attack on Hindutva or on the court that approved Hindutva?

The Hindutva judgment was not shaped by politics. It was rendered when its opponent, the Congress party, was in power and its exponent, the BJP, was in opposition. Hindutva entered the Indian political domain in 1991 to be precise, when the BJP and Shiv Sena had included it as their philosophic mascot in election manifestos. Their elections were challenged on the ground that Hindutva constituted a religious, communal appeal. This forced the Supreme Court to answer whether Hindutva was religious and communal.

In 1995, the Court ruled that Hindutva had an expansive meaning and inclusive content and was not religious. But the verdict that Hindutva was dominantly the way of life, culture and ethos of India was not an innovation by the court in 1995. It rested on a series of past Constitutional bench decisions of the Court on what Hinduism meant, including a remarkable judgment by the famous Justice Gajendragadkar in 1966 and the landmark decision in 1976 by a Constitution bench consisting of Chief Justice A N Ray, Jaswant Singh, M H Beg, P N Shinghal, R S Sarkaria.

The 1976 case had called for a judicial probe into the Hindu philosophy to decide whether a Hindu family consisting of a Christian wife and child could be regarded as a Hindu undivided family. In a path-breaking verdict, quoting precedents, the Court ruled that, Hinduism being not limited to religion, a Hindu undivided family could have Christian members — a most liberal decision indeed in the world of hostile religious ideologies. The court quoted the global literature, Encyclopaedia Britannica, to support its ruling on Hinduism.

Encyclopaedia Britannica makes nine profound points about Hinduism. One, Hinduism incorporates all forms of belief and worship without selecting or eliminating any; two, the Hindu, inclined to revere the divine in every manifestation, is doctrinally tolerant, leaving others — both Hindus and non-Hindus — to follow whatever creed and worship suit them best; three, a Hindu may embrace a non-Hindu religion without ceasing to be a Hindu; four, the Hindu is disposed to regard other forms of worship, strange gods, and divergent doctrines as inadequate rather than wrong or objectionable; five, the Hindu tends to believe that the highest divine powers complement each other for the well-being of mankind; six, the Hindu considers few religious ideas to be finally irreconcilable; seven, the core of Hinduism does not even depend on the existence or non-existence of God or on whether there is one God or many; eight, since religious truth is said to transcend all verbal definition, it is not conceived in dogmatic terms in Hinduism; and nine, Hinduism is both a civilisation and a conglomerate of religions, with no beginning, no founder, no central authority, no hierarchy, and no organisation. Besides the 1976 decision, the 1995 decision pointed out that even in the Constitution (Art 25), the word Hindu includes Buddhists, Jains and Sikhs, implying that Hindu is not just a religious term.

The 1995 ruling also relied on the philosopher-statesman Dr S Radhakrishnan and historian Arnold Toynbee to hold Hinduism is not a religion. Toynbee said: “Hinduism takes it for granted that there is more than one valid approach to truth and to salvation and that these different approaches are not only compatible with each other, but are complementary.” This matches with the first six points in Encyclopaedia Britannica. According to Dr Radhakrishnan, Hindu had originally a territorial and not a credal significance, and implied residence in a well-defined geographical area. Aboriginal tribes, savage and half-civilised people, the cultured Dravidians and the Vedic Aryans were all Hindus as they were the sons of the same mother. For him, the Hindu is a civilisational idea.

The 1995 Hindutva ruling also quoted from justices Bharucha and Ahmedi in the 1994 Ayodhya demolition case. They had said, “Hinduism is a tolerant faith. It is that tolerance that has enabled Islam, Christianity, Zoroastrianism, Judaism, Buddhism, Jainism and Sikhism to find shelter and support upon this land.” If Hinduism were just a religion, would it have sheltered other aggressive religions and helped them to grow? How can the Hindutva ruling, which rests on such undisputed and unalterable philosophical, historical, factual and legal grounds, be intellectually disputed or legally reviewed?

Hindutva and Hinduism not different

Wayanad Congress MP Rahul Gandhi keeps parroting that ‘Hinduism and Hindutva are not the same, Hinduism is good but Hindutva is bad.’ Obviously he hasn’t read the Supreme Court judgments of 1966, 1976 on Hinduism, on the basis of which it had rendered its Hindutva judgment in 1995. Rahul cannot be aware that even his great grandfather Jawaharlal Nehru had once held the same views as the Supreme Court now. In his Glimpses of World History (1935) Nehru even accepted the concept of Hindu nationalism. He had said, “It (is) not easy….to draw a line between Hindu nationalism and true nation­alism. The two overlap as India is the only home of Hindus and they form a majority there” (p 720).

And he went on to say, “A famous disciple of Ramakrishna’s was Swami Vivekananda, who very eloquently and forcibly preached the gospel of nationalism. This was not in any way anti-­Muslim or anti anyone else. Vivekananda’s nationalism was Hindu nationalism, and it had its roots in Hindu religion and culture” (p 507). Nehru had no objection to Vivekananda’s Hindu nationalism. Writing later in the Foreign Affairs magazine (January 1937), Nehru emphasised that the “Indian background and unity is essentially cultural; not religious in the narrow sense of the word” — exactly what the Supreme Court had said in 1995. That Nehru changed his mind later, cannot retroactively alter the facts.

Maharishi Aurobindo had said in his famous Uttarpara speech that India will live as long as Hinduism and Sanatana Dharma will. Mahatma Gandhi said in his fundamental text Hind Swaraj written in 1909, in which he refused to change a comma or full stop as late as in 1940, that Sethu in the South, Jangannath in the East and Hardwar in the North and sacred rivers brought about the unity of India. There was broad convergence among Vivekananda, Gandhi, Nehru, Aurobindo on the Hindu character of India. It was blatant pseudo secular, minority appeasement vote bank politics that distorted the Hindu cultural foundation of India. 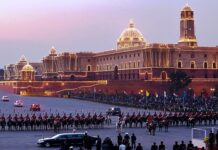 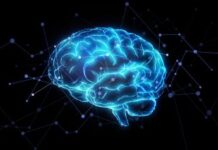 Ketu: The Most Mysterious and Powerful of Planetary Influences

Prathima - August 18, 2021
Ketu represents the subtle energies that allow us to either transcend our karma or have to face the most powerful and dangerous karmas within...