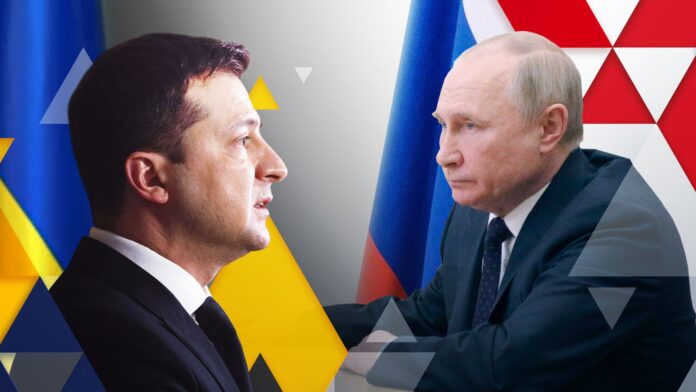 In his 1975 thriller novel Harry’s Game, Gerald Seymour came up with the now famous phrase, “One man’s terrorist is another man’s freedom fighter”. But there is currently a lot of confusion even among transnational foreign fighters entering the Russia–Ukraine conflict, as to whose freedom fighter or terrorist they should or should not become.

For instance, Chechen Islamic scholar Salakh Mezhiev has pronounced the Russian invasion of Ukraine a ‘jihad’, which should be fought “for the Koran, for God”, in order to save Islam and Russia against the ‘filth’ of NATO forces. On the other hand, Syrian jihadist group Hayat Tahrir al-Sham (HTS) in Idlib has reportedly declared that “The Chechens fighting with the Russian army are apostates. They have departed from the religion of Islam, even if they claim to be Muslims who fast and perform the five daily prayers. They are siding with an enemy who openly shows enmity against Islam. Volunteering in the Russian army is blasphemy and apostasy, let alone participating in a destructive war against Ukraine”.

Adding to this confusion is the bizarre statement of Muslim Brotherhood ideologue Dr Yasser Al-Naggar, who says that medieval Islamic jurist Ibn Hazem had allowed Muslims to join both sides of a war fought among infidels. Thus, Muslims are allowed to join either side of the Russia–Ukraine war, to pit one set of infidels against the other.

Perhaps to reduce its own military casualties, Russia has allowed Chechen strongman Ramzan Kadyrov to send in units of his Muslim volunteer fighters into Ukraine, whose operations have gone viral on social media. Kadyrov has also assured Russian President Vladimir Putin that his 70,000-strong Chechen volunteer force is ready “to become heroes and sacrifice their lives for the security of both countries”. However, separatist Chechen groups have also reportedly joined the war in order to defend Ukraine against the Russian invasion. The Dzhokhar Dudayev Battalion and the Sheikh Mansur Battalion are two prominent anti-Russian Chechen groups, which are now fighting jihad in Ukraine against Russia.

In a recently released video by Adam Osmayev, leader of the Dzhokhar Dudayev Battalion can be seen delivering the following message: “Dear Ukrainians, please do not see those people (Kadyrov’s volunteer forces) as Chechens … They are traitors … puppets of Russia.” Holding a gun along with three other masked associates, Osmayev asserts: “Real Chechens are standing with you, bleeding with you, as they have in the past eight years”.

Meanwhile, the press bureau of the Russian Foreign Intelligence Service (SVR) has alleged that British and the US intelligence services are sending in non-state militants (some of them from West Asia) into Ukraine from Poland.

Curiously, the influx of jihadist militants does not constitute the bulk of foreign fighters who have joined the war. It is feared that the so-called pro-Ukraine ‘International Legion’ is infiltrated by White supremacist groups who support Ukraine’s own far-right organisations, such as the Azov Battalion that has been banned by the US as a “foreign terrorist organization” (FTO) because of its alleged neo-Nazi connections.

During the ongoing war, Ukrainian national guards showed a video tweeted by Azov fighters, which showed them coating their bullets with pig fat for use against Muslim Chechens fighting in support of Russia.

It is also reported that Azov members are spreading their network across Europe and have reached out to the continent’s prominent right-wing movements, such as Greece’s Golden Dawn, Italy’s CasaPound, Poland’s Szturmowcy, and German party Alternative For Germany (AfD). Other far-right extremist elements in the country are alleged to have infiltrated volunteer special forces—Dnipro1 and Dnipro2 Regiments, with the Office of the United Nations High Commissioner for Human Rights (OHCHR) reported their human rights violations as far back as 2016.

Writing for the international portal ‘World Politics Review’, Bejamin R. Young fears that Ukraine’s call for foreign fighters, “will almost certainly attract far-right extremists, who have long viewed the country as an ideal training ground to gain combat experience for the eventual ‘race wars’ they anticipate waging back home. So the West needs to be careful that it is not equipping the next generation of global white supremacist militants along with the Ukrainian military.”

It is noteworthy that Ukraine has already lifted visa restrictions and its foreign minister Dmytro Kuleba has claimed that 52 countries have volunteered to fight in Ukraine. Cristian Nitoiu, a lecturer in diplomacy and international governance at Loughborough University London told Al Jazeera that “the influx of foreigners to support Ukraine … put their number around 40,000 to 100,000”.

In the beginning of March itself, the beleaguered Ukrainian President speaking in a video address posted on Facebook admitted: “Ukraine is already greeting foreign volunteers. [The] first 16,000 are already on their way to protect freedom and life for us, and for all.”

It has been reported that far-right radical groups who had started to enter Ukraine even before the war are now reportedly adopting the tactics, techniques, and procedures of jihadist organisations like Al-Qaeda and the Islamic State (IS), as per a 2019 report by The Soufan Center. The report states that “Ukraine (is) emerging as a hub in the broader network of transnational white supremacy extremism, attracting foreign recruits from all over the world”.

In fact many neo-Nazi chat groups on social media portals like Telegram, such as the Thule Society, White Rex and Azov Battalion are reportedly soliciting donations and seeking recruits to join the war in Ukraine.

Just like the jihadists, the Nazis are also divided on which side they want to fight. According to Mark Hay writing in the Daily Beast, while some foreign far-right groups are hesitant to support Ukraine’s Jewish President Volodymyr Zelenskyy (the grandson of a Holocaust survivor), others have taken exception to Putin’s remarks that his forces are fighting for the ‘de-Nazification’ of Ukraine. Then again, while some white supremacists believe the Kremlin today represents the sanctuary of pristine Western values, others are lured by the opportunity Ukraine provides for them to learn military tactics in an active combat theatre.

Meanwhile, Ukrainian sources allege that the Russian military is using its own set of mercenaries from the notorious private security company, the Wagner Group.22

The presence of foreign fighters, private mercenaries, even religiously and racially radicalised militants in this ongoing war has only complicated an already vexed conflict and its long-term outcomes.

Governments and militaries may often find it expedient to allow violent non-state actors to fight on behalf of their militaries and thereby bring down the official count of casualties among its regular soldiers to help sustain public support for a protracted conflict.

They may even think that mercenary forces and violent non-state actors are better trained in urban and guerrilla warfare and provide the advantage of deniability in cases of any violations of international humanitarian norms, such as the Geneva Conventions. However, the easy access—if not open invitation—to foreign fighters and even radical extremist groups to join the war brings with it far-reaching and long-term dangers, as proven by the Afghan war against the Soviet Union in the late 20th century.

With the war in Ukraine moving towards an uncertain resolution, there is a danger that the influx of heavy weaponry and foreign fighters could bring in a new set of imponderables into an already vicious and escalating conflict. Radical and extremist groups are perpetually looking for new zones of instability across the globe and presently this active war theatre offers to them the perfect flashpoint for a major geo-political disturbance.

Prathima - February 9, 2022
India’s annual celebration of Republic Day is traditionally replete with pomp and show. Starting this year, the celebration has become a week-long affair starting...