The targeted killing last week of Rahul Bhat, a Kashmiri Pandit, by Islamist terrorists should prompt a rethink on the government’s post-article 370 policy of treating Jammu and Kashmir as one political unit. Bhat’s killing was only the latest in a long line of targeted killings of Hindu panchayat politicians and government and police staff stationed in the valley. This suggests that even with higher levels of security, Pandits and Hindus working or residing in the valley cannot be protected indefinitely against murderous elements.

Many Pandits who took up employment in the valley using the PM’s jobs “package” now realise that they are sitting ducks, and the package they are staring at is a shrouded exit to the crematorium. Pandits cannot be sent back to the valley just as cannon fodder. This is what they have protested against. As this Indian Express report suggests, most Pandits do not have secure places to stay in.

The mistake made at the time of J&K’s bifurcation in 2019 was the excessive concern over pandering to Muslim sensitivities in the valley rather than the Hindus in Jammu. The truth is simple: as long as Jammu is treated as an appendage and second to Kashmiri interests, India’s strongest backers in J&K will lose out. Hindu interests are being short-changed in order to maintain a dubious narrative of “secular Kashmir”.

The only remedy is another bifurcation, and early statehood for Jammu, with Kashmir being given its promised statehood only after violence abates. As long as Muslims in Kashmir are given the hope that they will continue to dominate undivided J&K by virtue of their demographic advantage – something that the current delimitation exercise, which gives Jammu six more seats against Kashmir’s one does not fully address – they have no reason to adjust to new realities. Even though Jammu gets 43 seats against Kashmir’s 47 post-delimitation, it is a fair bet that elements in Jammu will team up with the valley’s majority to defeat Jammu’s aspirations.

The reality is that while Hindus have practically been eliminated from the valley, which is nearly 97 per cent Muslim, in Jammu the religious demography is 65 per cent Hindu, 31 per cent Muslim and 4 per cent Sikh. But there are thousands of Rohingya Muslim refugees also staying in Jammu, and over time, if they have no chance of returning to Myanmar (the Supreme Court stayed their deportation last year), they will grow roots there and impact even Jammu’s Hindu-Sikh demography adversely at some point of time.

The point is this: if we assume that Muslims will stay more loyal to religion than region (which is what led to partition in 1947), the Hindu majority in Jammu is simply not good enough as long as it remains a part of a single state called J&K.

The way forward is thus clear.

First, bifurcate Jammu & Kashmir and give the Pandits a permanent residence in Jammu. Those who choose to remain in the valley must be given full protection against targeted killings.

Second, Jammu must be given immediate statehood, and the valley told that statehood will follow once peace is restored. A carrot-and-stick approach to Kashmiri statehood is vital to send this message.

Third, since the valley may continue to remain antagonistic to full integration with India, especially given Pakistan’s support for terrorism there, India must create permanent settlements of ex-servicemen in the valley by giving them generous land and arms to protect themselves. These settlements will be key to ensuring that Kashmir does not slip away by being home only to separatists and jihadis.

A unified J&K is not going to work. J must be separated from K. 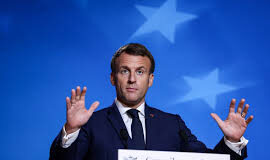 Prathima - December 7, 2020
Terrorism often hides behind the cover of individual and religious freedoms to attack liberal democracies. It even provokes overreaction from military and security agencies...