India’s political community and leadership has always been bold in experimentation, especially when it comes to J&K. Instances come to mind of past events such as the decision to conduct elections in 1996 when the externally sponsored campaign of terror was almost at its height. Former Prime Minister Atal Bihari Vajpayee’s initiatives always spelt an element of hope, even if they were against the grain of the events of the time. After the path breaking constitutional decisions taken on 5 Aug 2019 many aspects of the handling of the contentious J&K issue also took a turn.

By Lt General S A Hasnain

The Government of India having acquired relative advantage in the security environment through 2016-19 decided to change tack. It commenced with making the main separatist entity, the All Party Hurriyat Alliance (APHC) irrelevant. For no explicable reasons the Indian establishment had given the APHC more than it’s due and for very long. The latter remained under Pakistan’s sponsorship, kowtowing to its aims and working towards ensuring sufficient turbulence in the streets and the countryside, thus always preventing any political movement towards resolution.

From 2008 in particular the APHC commenced its brand of street resistance following the Intifada model of Palestine. India remained sensitive to the APHC, treating it as a potential partner who could be won over; one that would assume the mantle of leadership at some stage; some kind of Mizoram model, which entailed former militants becoming the elected rulers. After the killing of Burhan Wani in 2016 it was evident to the Government that the APHC would not back down from the agitation and was thus perceived a clear and present danger rather than a potential partner to score over Pakistan. With abrogation of Article 370 and the division of the state into two Union Territories (UTs) the Government clamped down on the APHC, dismantling many of the long functioning networks that had been ignored, and made it irrelevant to the situation. Attempts to create a new polity by nurturing some alternative political leaders as a departure from the mainstream leaders of Kashmir did not bear fruit. There was limited time that was available for this due to the pandemic conditions that have persisted since six months after the abrogation of Article 370 on 5 Aug 2019. However, there have been persistent efforts by the Government of India to normalize the situation.

The security situation has been stabilized and the degree of violence has been largely controlled. Financial networks based upon over ground worker (OGW) nets have been dented to a great extent and money for street protests has become extinct. The State Administration has made some bold moves in assuaging perception and bringing development work forward. Enough time has not elapsed yet to feel a distinct difference but people in the Valley to whom this author has spoken to confirm that the environment is far less stifled, especially after lifting of curbs on the mobile internet. That has galvanized some business activity although tourism, Kashmir’s flagship sector, has not seen much positive movement.

Conscious of the fact that time is not on its hands the Government conducted the District Development Council (DDC) elections which were fair and transparent. However, these elections did make it evident that the existing mainstream political parties in Kashmir still bear significance and it would take considerably longer to establish a new polity of any credit in J&K. Many of the invitees to the all party meeting at Delhi were those who had been incarcerated for some time with the anticipation that the landmark constitutional decisions may have been used by them to cause turbulence in Kashmir. However, it is to the mutual credit of all, the government and the Kashmiri leaders, that they decided to come together to seek a way forward. The one thing missing in the entire restructuring of the situation in J&K post 5 Aug 2019 had been a legitimate political narrative; everything else apparently going far better. Although public alienation is yet rife, the degree of despondency in Kashmir has definitely reduced. Giving the latter a political colour was important if the Government wished to reap the benefit. Without consultation, some consensus and reduced rancour, any initiative ending in the conduct of assembly elections and finally an elected government would be difficult.

Before looking at some of the nuances of internal politics, which will play a role in further normalization, it is important to understand that the geopolitical environment also triggered the need for such an initiative. With the global reset in progress we have seen an interesting set of visits by the Foreign Secretary and also unconfirmed reports of back channel parleys with Pakistan. In Feb this year came the announcement of the two DGMOs of India and Pakistan about an agreement for ceasefire at the LoC followed by some statements by the Pakistan Army Chief about the need for better relations with India. It is apparent that Pakistan’s energetic sponsorship of proxy war in J&K has taken a back step, not in the least due to the FATF strictures.

Financially too Pakistan is in a fix and in its recent diplomatic dealings with some prominent Arab countries such as the UAE may have found bits of advice regarding its involvement in J&K. However, the most significant contextual event in the making is the slated US full and final withdrawal from Afghanistan. We are yet uncertain what has been the outcome of the talks between the US and Pakistan on potential bases for US aviation resources in Pakistan as contingency locations to cater for abnormalities which may emerge in Afghanistan. It would always be a tough call for Pakistan to simultaneously handle ramped up activities in Afghanistan and J&K. A prioritization would be necessary especially since the effect of the events in Afghanistan would also impact the internal security of Pakistan. Any Pakistani actions to reduce the footprint of activity in J&K would obviously be tactical in nature. It would wish to retain some hold and continue promoting alienation against India. This was the reason why Imran Khan at the beginning of the year refused to enter into any trade talks and exchanges with India despite initially accepting the need for the same.

Given this situation one cannot put past the US the possibility of it having advised India on the need to make more progress on peace in J&K, identifying this period as an opportunity. The US has its long term interests in mind. An India free of tensions from troublesome hotspots will be a greater asset in the strategic partnership it perceives in the Indo Pacific. It will also help in weaning away Pakistan from a potentially dangerous course in J&K where unpredictability is high and situations can escalate out of control.

The external angle may seem like pressure and takes away some of the sheen from the timely decisions taken by the Government of India. J&K is far too complex to simplify it to just an internal context. The Prime Minister’s meeting ensured a potential to return to normalcy without Article 370 in tow. The Government smartly played on the sentiments of statehood to dilute any potential demands for restoration of Article 370; in fact, it was virtually dismissed as being subjudice. So now it’s statehood which becomes the bottom line demand with a hanging maximalist demand for restoration of Article 370 bearing only notional importance.

Delimitation is not something which can be resisted; it’s a constitutional necessity and after abrogation of Article 370 there are changes in demography and electoral empowerment which cannot be wished away any longer. J&K has a history of the delimitation process having been held in 1963, 1975 and 1995. Importance of unity among the parties to the Gupkar Declaration has been realized, especially after the DDC polls. They appear confident to give a stiff electoral fight even if there is addition of seats in the Jammu division due to delimitation. Individually contesting the elections may be a difficult proposition.

Finally, although J&K’s future has much to do with the external and internal factors playing a role, the most important issue is the sentiments involved. The people need a dose of inspiration to axe away the thoughts of Azadi or merger with Pakistan. With Article 370 and special status out of the way it is important to replace these with the special status of being a part of the Indian Union. Prime Minister Modi in his characteristic way, has given an apt slogan about reducing the yawning distance – ‘Dil ki Doori aur Dilli ki Doori’ (The emotional and physical distance, both have to be reduced). The Indian Army’s Hearts and Minds programme, if given national ownership, can do wonders in reducing emotional distances. It needs to be fully understood in context of the times. The distance between Delhi and Jammu/Srinagar has also to be overcome through greater consultation and joint strategy.

At the moment with Governor’s rule this is not a challenge at all; it will become one if the assembly elections throw up parties from Kashmir into positions of authority. Simultaneously, the eyes must never be away from the scanner which watches over Pakistan and now that looks at China. J&K is the one region India will need all its resources, skills and energy to ensure that it is not open to coercion. 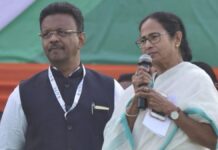 Remembering Kargil: How it Redefined the Concept of War between India and Pakistan 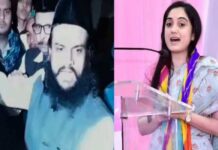 Covid 19 crisis: Making the most out of Opportunities

Sudhir Narasimhan - April 24, 2020
The risks associated in running manufacturing and other operations out of China are not lost on global conglomerates. Herein lies an opportunity for India....