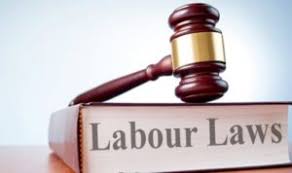 The much coveted H-1B work visa program has a predecessor – the Bracero program, that imported laborers from Mexico to work on American farmlands because no local workers were available to work on these jobs, especially after World War II .

In August 1942, the United States agreed to a series of laws and diplomatic agreements and signed the Mexican Farm Labor Agreement, commonly known as the Bracero program (Spanish term for a bracero, meant “manual laborer”)

Within 22 years, since its inception, the program came to an end largely because of concerns about abuses of the program and the treatment of the Bracero workers. But the lasting effect of the bracero program however was that it spawned and institutionalized networks and labor market relationships, which continued to become the foundation for migration from Mexico not only in the United States but to Canada as well.

The Bracero program also accelerated the maquiladora ( a factory in Mexico run by a foreign company and exporting its products to that company’s country of origin.) industry that had begun the movement of U.S. jobs to low-wage Mexican factories. This continued as far back as 1964 – until when the Bracero program was officially terminated.

Eventually, in 1994, the North American Free Trade Agreement (NAFTA) was signed between Canada, Mexico, and the United States, creating a trilateral trade bloc in North America. The purpose was to create a free trade zone by taking down trade barriers allowing there to be greater production in these countries. It aimed to help North America be more competitive in the global marketplace.

But, like the other trade agreements of our age, NAFTA was not really about trade. Before NAFTA, United States tariffs on Mexican imports were relatively low. In actuality, a series of MoUs were signed in agreement to allow market penetration and investment, relocation of production and the creation of supply chains in manufacturing.

Today even though the original maquiladora program no longer exists, the exceptions it established to Mexican and U.S. labor laws are now accepted standards in these countries. So, the issue of U.S outsourcing of domestic jobs to low wage economies should not really be an issue of contention in the Indo-American foreign policy debates today.

Because, when NAFTA failed to control low wages in Mexico and witnessed an exodus of migration into the United States, the US Congress further sought to ratify the existing NAFTA and recommended renegotiating a new free trade agreement.

Subsequently, on November 30, 2018, NAFTA made way for a new Canada-United States-Mexico Agreement (CUSMA), on the margins of the G20 Leaders’ Summit in Buenos Aires.

India’s liberalized investment and trade regime of 1991 brought about an expansion of the IT services sector that coincided with the American H-1B work visa program which began in 1990.

Today, the Indo-American Strategic Partnership is inching towards a bilateral Free Trade Agreement which will no doubt help increase trade and investments. Up until 2019, India-US trade in services stood at $47.2 billion. Of this, India’s exports of services to the US were valued at $26.8 billion and India’s imports of services from US were valued at $20.3 billion. Both countries have now renewed their commitment to facilitate actions necessary for increasing the bilateral trade to $500 billion. Increased labor mobility with accommodating immigration policies therefore is inevitable.

While United States has entered into totalization, (also known as Social Security) agreement with twenty-plus countries, including Mexico, it has refrained from doing so with India. For India however, the benefits of such an agreement would eliminate the need of its large labor force in the US from contributing for their social security which instead may get repatriated to the individual workers provident fund back home.

America’s historic dependence on foreign labor forces us to examine the economic system that benefits from the changes causing labor displacement, and also benefits from the labor displacement produces. While Indian workers will continue to be sought in earnest, here’s hoping that our leadership negotiates keeping in mind – Sabka Saath, Sabka Vikas and Sabka Vishwas.