The Prime Minister dwelt at length on what aatmanirbharata means. He said India must reduce excessive dependence on imports in strategic sectors and increase its exports. India should produce not only for the country but for global markets. The local brands should be built and expanded globally.

Speaking at the 125th Annual Session of the Confederation of Indian Industry (CII), Prime Minister Narendra Modi called upon the Indian industry to take advantage of the unprecedented opportunities thrown up by the Covid-19 crisis and help build a strong, self-reliant, Aatmanirbhar Bharat. He took the opportunity to elaborate on the concept of aatmanirbharata.

Prime Minister’s address came at a time when India is gradually coming out of the lockdown and looking to resume economic growth. The government has announced a series of far-reaching structural reforms to kickstart and rebuild the economy. The Rs 20 lakh crore economic package announced by the government has been dubbed as the Aatmanirbhar Bharat Abhiyan or self-reliant India movement. Some economists and businessmen have expressed disappointment with the government for not having done enough to give direct fiscal support to generate demand. The government has stoutly defended its approach pointing out that the structural reform measures would eventually create demand.
The government has also taken credit for having dealt with the coronavirus crisis promptly and effectively. The mortality rate (deaths per million) in India due to the coronavirus has been amongst the lowest in the world although the number of positive cases has reached nearly 2 lakhs. One uncertainty that India faces is how lockdown relaxation will impact the incidence of coronavirus cases. Several states, notably the industrial states of Maharashtra, Gujarat, Tamil Nadu, Delhi, critical for the economy, are struggling to contain the spread of the coronavirus.

It is in this in the backdrop of this complex health and economic scenario, tinged with lot of uncertainty, that the Prime Minister spoke at the CII’s 125th annual session. He struck a positive tone all throughout his address, expressing confidence that India will get back to the economic growth path.

Dispelling the gloom surrounding the impact of the coronavirus on the economy, the Prime Minister told the industry that bringing back growth is not an insurmountable task. It can be done. He assured the industry that the government will stand by it to jointly build self-reliant India. He urged the industry to do a detailed, sector-wise analysis of the economy to identify the kind of reforms needed to trigger economic growth and job creation.
Expressing full confidence in the Indian industry, the Prime Minister highlighted how within three months India could manufacture personal protective equipment from zero levels to nearly 3 lakhs per day. This was an ample proof that Indian industry, when called upon, could deliver.

The Prime Minister dwelt at length on what aatmanirbharata means. He said India must reduce excessive dependence on imports in strategic sectors and increase its exports. India should produce not only for the country but for global markets. The local brands should be built and expanded globally. He said there are countless sectors in which India’s local manufacturing can be increased. He identified furniture, air conditioning, leather and footwear as three sectors among many in which there is huge potential for local brand building and exports.

Indian economy must become more productive, he said. He urged the industry to set up new targets for productivity enhancement.

Praising the role of the champions of Indian industry, he urged the CII to undertake a ‘new role’ in facilitating the growth of the domestic industry. This will help in making India self-reliant. The recent structural reforms announced by the government will create fresh opportunities for Indian industry. In particular, Industry should take full advantage of the opportunities arising out of the potential transformation of the rural economy. The industry should help build infrastructure in agriculture producing areas. This is a new opportunity for the CII, he said. Explaining the concept of self-reliant India, he underlined the need to build integrated local supply chains and create employment. He urged the industry to find solutions for people’s problems.

Talking about the fresh opportunities for the private sector, he pointed out the huge importance of the opening up of the coal sector and the liberalisation of the minerals and mining sectors. These are fundamental structural reforms which would transform the Indian industry, he said.

Even strategic sectors like defence, space and atomic energy are being opened to private sector participation. This is unprecedented and the industry should take advantage of the opportunities in the strategic sectors.
MSMEs are the backbone of the Indian economy as they create growth and jobs. The government has announced a string of reforms to bolster them. The clarification regarding the definition of MSMEs would open new opportunities for economic growth, the PM said.

PM observed that the world is looking at the concept of cooperation in a new light. Expectations of the world from India have increased. There is trust and respect for India. He pointed out that even at the time of corona crisis and despite acute domestic demand India sent medical supplies to over 150 countries. This has created a positive image for India. He implored the Indian industry to take advantage of India’s positive global image and find markets for their products.

Prime Minister’s clarifications about the concept of Aatmanirbhar Bharat would hopefully generate self-confidence in Indian industry and motivate them to manufacture locally and produce for Indian as well as global markets. Prime Minister’s assurance that the government is standing with the Indian industry should go a long way in forging an effective public-private partnership.

Self-reliance means dealing with the outside world with confidence. The coronavirus has clearly shown that over-dependence on imports in strategic sectors can be damaging to the country’s sovereignty and national security. The virus has damaged globalisation and many countries are looking towards self-reliance, and shorter supply chains. Vocal for local is a call to the Indian industry to build global brands and take global engagement to a new level. Prime Minister said that the government will create the necessary environment for that. Doing so may not be easy but it is not impossible either. There are countless examples before us from other countries how local companies became global within a short period. India can also do it.

The author is director VIF. This article was first published in www.vfiindia.org and belongs to them. 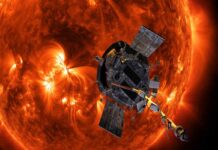 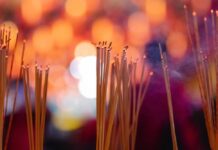