Japanese PM Fumio Kishida came on a two-day visit to India on March 19-20 for the 14th India-Japan Annual Summit with his Indian counterpart Narendra Modi and signed several agreements on bilateral cooperation.

New Delhi [India}: Marking the 70 years of diplomatic relations between India and Japan, Prime Minister Narendra Modi on Thursday (April 28) expressed satisfaction over the deepening ties between the two countries.

“As we celebrate 70 years of establishment of diplomatic relations between India and Japan today, I am happy to see that our ties have deepened in every sphere, whether strategic, economic or people-to-people contacts,” tweeted PM Modi.

“The recent visit of my friend PM Kishida @kishida230 to India for the Annual Summit laid out a roadmap for deepening our Special Strategic and Global Partnership in a post-COVID world. I look forward to continue working with PM Kishida to realize that objective. #IndiaJapanat70,” he added.

Notably, Japanese Prime Minister Fumio Kishida came on a two-day visit to India on March 19-20 for the 14th India-Japan Annual Summit with his Indian counterpart Narendra Modi which saw the signing of several agreements on bilateral cooperation between the two countries. This was PM Kishida’s first bilateral visit to India.

During the visit, the Indian and Japanese counterparts held deliberations on a wide range of topics and welcomed the launch of several new initiatives between the two countries on clean energy partnership, development of India’s northeast and bamboo cultivation and processing.

Further, PM Modi will likely meet his Japanese counterpart again next month as the summit of leaders of the Quadrilateral Security Dialogue (QUAD) nations, that is, the United States, Australia, Japan and India, will be held in Tokyo on May 24. 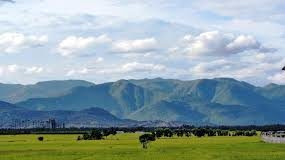 Shruti Aseema - November 13, 2019
While the central government has issued many notifications to preserve the western ghats, none of the state governments have acted on those directives. By S.Neyalasinger The...

Pakistan remains under the scrutiny of FATF