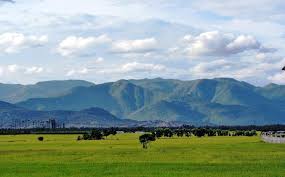 While the central government has issued many notifications to preserve the western ghats, none of the state governments have acted on those directives.

The western Ghats which comprise a stretch of mountains that extend over 1500 kilometers, from river Tapi to Kanyakumari, through the states of Gujarat, Maharashtra, Karnataka, Goa and Tamil Nadu is a national treasure. It has been identified as a UNESCO heritage site and the biodiversity it hosts is immense in terms of the flora and fauna. The area is home to 5000 species of plants, 500 unique birds, 220 amphibians and 120 mammals. Many of the species in the Western ghats are facing extinction and these include the tigers, Lion tailed Maquaques, Nilgiri Tahr, and the Malabar grey Hornbill.

The other notable aspect is that most of the rivers that provide sustenance to agrigultural activities in south India orginate in the western ghats.  Major rivers like Godavari, Cauvery, Thamiraparani and Tungabhadra and their tributaries run through the western Ghats.  There are some 65 rivers originating and flowing through the western ghats. With an average elevation of 600 meters, the western slopes of the ghats receive maximum rainfall during monsoon which support various types of forest lands that include tropical evergreen forests, dry deciduous forests, dry thorn forests, grasslands and plateaus. The resources of the ghats including the rivers support a population of 50 million.

Various committees constituted by the government of India have in the past highlighted the cultural, environmental and economic value of the western ghats. Notable among these were committees constituted under Prof. Gadgil in 2011 and Dr.Kasturirangan in 2013. The Gadgil committee report identified the Western ghats as an ecologically sensitive zone and advised a ban on mining, thermal power plants, large dams and industries that caused pollution. It also called for the inclusion of local communities in conserving the forests and the rivers. As the recommendations of this report did not go well with various vested interests, the government formed another committee under Dr.Kasturirangan. This committee recommended green growth in only 37 percent of the 1,64,000 square kilometers of the western ghats which covered some 70 protected areas including tiger and elephant corridors. Since then the central government has brought in many draft notifications declaring the Western ghats as an ecologically sensitive region.  However, none of the six state govenments which govern the region have evinced interest in these drafts or taken steps to conserve the western ghats.

Over the last many years we have seen mining mafias exploiting the region. In states like Goa and parts of Karnataka they have destroyed the flora and fauna in the region. In places like Maharashtra agriculture has made way for deforestation and many places that once used to receive immense rainfall have today become non arable. Projects like building a railroad to Coorg in Karnataka or laying powerlines from Karnataka to Kerala through Coorg are all projects that threaten the ecology of the western ghats.

Prathima - May 5, 2022
Modern science has its place in making our outer lives safer and more productive and helping us to better utilize the natural forces around...