A recent publication of a distorted map of India by Twitter (under its career section “Tweep Live”) sparked a huge controversy. After severe backlash, the map was hurriedly taken down, but FIRs have been lodged against Twitter India chief Manish Maheshwari and one other top official, regardless. Amidst this, while it is Twitter that has become the focal point of the controversy at hand, a larger issue has failed to grab due attention – the rampant weaponisation of social media for setting narratives; and these narratives in turn being exposed to the wide user bases that these platforms command. Incidents like the aforementioned are, therefore, not a novelty – rather just an offshoot of many such narratives being circulated against Indian interests in bulk, so much so that they go mostly unnoticed.

The rapidly evolving battle spaces that have increasingly blurred the separation between the military and the civilian realms explain such trends. Through agenda-driven portrayal of issues, targeted misinformation campaigns, and tactical use of propaganda, it is psychological warfare that is initiated in the cognitive domain to influence mass perception. In this new information age where communication over social media platforms has become as easy and as necessary as breathing itself, psychological warfare has only become rampant. These ‘narratives’ use social media platforms as mere ‘mediums’ for achieving larger motives of the narrative-setters, thereby effectively weaponising them. It may be initiated by nation states or non-state actors (working as proxies for nation states or otherwise) for pushing their agendas.

To put it simply, publication and sharing of maps – compromising territorial integrity and sovereignty of nation states;

misinformation campaigns for influencing public opinion –to the extents of altering voting patterns in democracies (as allegedly in the 2016 US Elections);

fake news –creating a sense of distrust and hopelessness among citizens of the target country against its elected governments, military, and judicial institutions, etc.; collectively form means of weaponisation of social media platforms.

This becomes particularly concerning for India given the expertise held by its two major adversaries – Pakistan and China (and most recently even Turkey) – in this domain. Instances galore of this weaponisation have been floating for a considerable time continuously hurting Indian interests – in terms of its territorial integrity, national security, and diplomatic relations with other countries.

Reported Instances: A Tip of a Massive Iceberg

In October 2020 too, Twitter locations depicted Leh as a part of China (as was pointed out by the defence journalist, Mr Nitin Gokahle), and as recently as 2015, a map posted by Mark Zuckerberg (Founder and CEO, Facebook) depicted parts of the erstwhile state of Jammu and Kashmir outside of India. Given that these instances were pointed out in time, or had known names attached to the source of these incorrect maps (official Twitter location searches, posts by the Facebook CEO, etc.), these instances drew due attention of the respective government authorities that initiated the required action. But, delving deeper, one notices how this is just a tip of a massive iceberg.

Distorted maps of India have been rampantly floating through numerous handles and profiles of social media influencers with a follower-base extending up to a few thousands or even more. Moreover, the use of specific hash tags, manually named locations, and several promoted pages working strongly against India’s territorial claims go mostly unnoticed. It is interesting to note, for example, that a Facebook location search for ‘occupied Kashmir’ mentions nothing about Pakistan-occupied Kashmir – instead, promotes a sweeping adversarial agenda.

Besides, in terms of content visibility, it must be noted that these platforms run on certain algorithms that decide what content shows up on users’ newsfeeds. These algorithms generally depend on user preferences, but more importantly as per the reach of the content itself. No wonder why some pieces of content become viral overnight and certain specific narratives float farther than others (in form of random suggestions on user newsfeeds). The sheer quantity and reach of such motivated content – often facilitated and initiated by India’s adversaries through social media influencers – thereby ensures that specific narratives show up as the top few search results catching a normal user’s eye.

The general unawareness regarding India’s territorial sensitivities – both at home and abroad – offers a fertile ground for this battle of narratives, further hurting Indian interests. A concerning trend here is the occasional instances of government representatives promoting such narratives out of unexpected negligence. A November-2020 Facebook post by Union Minister Mr Kiren Rijiju, for instance, despite having been pointed out by this author continues to depict an incorrect representation of the Indian map till date on his official account – that is followed by both Indian citizens as well as foreigners (Image 3). Similarly, instances of incorrect maps used by an MP in Karnataka, a map by Indian National Congress MP Mr Shashi Tharoor – both during the protests surrounding the Citizenship Amendment Act, and many others have, out of sheer negligence – aided in furthering adversarial narratives.

Besides maps, fake and propagandist video content circulating on these platforms on several instances has successfully reached thousands of views in little time – thereby effectively stirring public opinion. Several fake videos featuring lamenting Indian Army troops over body-bags following the Galwan clash, for instance, successfully triggered public sentiments. While most of these videos were found to be old or out of context videos, one of these depicting slain soldiers (featured as fallen Indian Army troops) turned out to be from a 2015 clash between the Nigerian Army and Boko Haram. But, by the time the videos could be fact-checked, mass sentiments had already been instigated. Propagandist video content by TRT World, the official Turkish news channel, on its YouTube channel and other social media platforms, is another area of concern not receiving adequate attention.

Besides this, social media has been actively used for influencing diplomatic relations between India and its friendly countries – the most prominent instance being one involving anti-India tweets through an impersonated handle of an Omani Royal. A clarification was later issued by the Omani Royal’s official handle, but by the time the tweets could be fact-checked, again, public sentiment both within India and in certain West Asian countries had been instigated. Several such impersonated or fake accounts were later traced back to having links with the Pakistani military establishment. A large number of users in turn furthered these narratives (either intentionally or inadvertently), including Pakistan’s Minister of Foreign Affairs Mr SM Qureshi and a popular Pakistani journalist.

All of this put together, therefore, makes analysing the Indian response to the situation at hand crucial. Two prominent questions merit maximum attention: one, is India duly recognising and acknowledging the active weaponisation of social media; two, is India doing enough to counter this weaponisation. The answer to the first question can be partly extracted from the currently heightened country-wide discourse surrounding social media platforms as well as the recently issued IT Rules that acknowledge the role played by these platforms, but the answer to the second question gets rather tricky.

While duly protecting the constitutionally guaranteed civil liberties, any act compromising the Indian interests – territorially, in the security domain, or regarding diplomatic relations with other countries – through any social media platform needs to be checked and accordingly penalised. But, does that serve as an adequate counter to a larger psychological warfare that is weaponising these platforms? The answer is partly negative. While regulating social media platforms attempts to act as a curative measure (that too, only partly), the character of warfare in the cognitive domain is such that by the time a legal process to overturn, for example, a misinformation campaign, is initiated, the information has already reached millions of people and instigated public sentiments – the damage has already been done and the motive the adversary, achieved. This form of warfare rather demands preventive as well as proactive measures as an effective counter.

In this light, it must be noted that the transnational character of social media platforms makes their complete regulation near-impossible. Available data shows that India alone accounts for a considerable proportion of the global user base of most of these popular platforms – with the highest number of country-wise active monthly users on WhatsApp (390.1 million users) and Facebook (330 million users) and third highest on Twitter (18.1 million users) and Telegram. With emergence of newer platforms like Clubhouse, etc., these numbers shall only rise. It is notable that India emerged as the largest market for Clubhouse globally with over 5 million downloads recorded only in a year of its launch. Additionally, with 5G as an upcoming reality, the gestation period of the impact of such targeted campaigns is only expected to reduce at alarming rates.

It is time that India adopts a proactive approach of countering adversarial narratives by ensuring that more narratives depicting Indian sensitivities and interests are circulated – in better quantity and quality. In the direction of overcoming algorithmically circulating adversarial narratives on social media, increasing engagement surrounding own narratives is the key. Within the country, this shall increase awareness regarding Indian sensitivities. Internationally, this shall help educate the global populations as well as governments against misrepresentative and anti-India narratives – so as to avert situations like those arising from the circulation of fake videos post-Galwan or anti-India tweets from impersonated handles of foreign state officials. An active role additionally needs to be played by prominent public representatives – who must be made adequately aware of national sensitivities as well as those regarding the use and impact of social media platforms, in terms of leveraging their influence in national interest. Further, dedicated fact-checking teams need to be raised to check fake news circulating in the shortest possible time following an upload, most importantly through official handles from across the borders as well as from those of influencers with a prominent follower-base.

Given the current scenario and upcoming possibilities, adequately tackling weaponisation of social media is extremely crucial. While some amount of regulation holds merit, a major part of a strategy to counter this issue lies in the adequate use of the same tool to own advantage. Shooting the ‘messenger’ is not the best move India should consider. 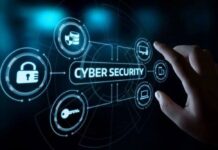 Prathima - March 9, 2021
Even amidst the COVID-19 pandemic, the ruling Nepal Communist Party (NCP) was engaged more in internal power tussle rather than addressing the issues related...

Trump visit: Will it pave way to sort out differences?