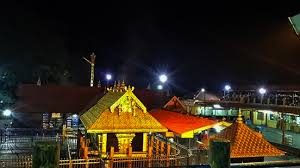 The Sabarimala case is a classic instance of where our courts are sitting in judgment over Hindu traditions and beliefs that are centuries old. That’s unfair to one of the world’s most ancient cultures.

The Sabarimala verdict by the supreme court is another classic case where the democratic institutions of India have sat in judgment over centuries old Hindu traditions.

The legend of Aiyyappan, the deity at Sabarimala has its roots well before the 9th century. It is believed that a prince of Pandalam dynasty prayed at the Sabarimala temple and attained divinity. As the legend has it Ayappan was born to Siva and Mohini (the female form of Vishnu). Ayyappan is a celibate deity. The traditions that define Sabarimala are a combination of Shaivism, Vaishnavism, Shaktism and Sramana philosophies.

The temple which situated at a hilltop in the Periyar Tiger forest reserve in Kerala’s Pathanamthitta district. Situated at 1574 feet above sea level amidst a dense forest, the temple was almost inaccessible till 9th century AD. A prince of the Pandalam dynasty called Manikandan, discovered the route to the temple in 9th century. This prince is regarded as an avatar of Aiyappan who disappeared at the temple.

The pilgrimage to the Aiyappan temple starts around December and ends in January. The believers in Lord Aiyappan take a 41 day Vow that requires them to stay celibtate, stick to vegetarian food, control anger and negative emotions. It’s  a pilgrimage marked by rigourous discipline and for centuries now only men have been allowed to do the pilgrimage. The traditions in India vary from temple to temple. There are temples like the Manjunatha Temple in Dharmasthala and Laxmi Temple in Kolhapur which only allow men to enter the sanctum sanctorum.

Having said that there are many temples in India that do not allow men inside. The Attukal Bhagawati temple in Kerala that worships women finds mention in the Guinness book of world record. It hosts the Pongala festival which see over three million women participate. Men are not allowed here.

Chekkulathukavu temple, another temple located in Kerala observes an annual ritual called `Nari Pooja’ where a male priest washes the feet of the women. On that day only women are allowed to enter the temple.

The lord Brahma temple at Pushkar in Rajasthan, which is also the only Brahma temple in the world bars entry to married men. As the puranas go, Lord Brahma performed a yagna at Pushkar lake for which his wife goddess Saraswathi got delayed. Brahma married goddess Gayathri in the meanwhile and performed the yagna. An agry goddess Saraswathi cursed the temple saying that any married man who visits the temple will have trouble in his married life.

Bhagati Maa temple in Kanyakumari, worships Kanya Maa Bhagawati Durga who is said to have gone to an isolated area in the middle of the ocean for tapas so that she could ask for Lord Shiva as her husband. According to the Puranas, the spine of a Sati fell on the shrine. The goddess is also known as the Goddess of Sanyasa. Due to these reasons only sanyasi males are allowed till the gate of the temple, while married men are prohibited from entering the premises.

The Mata Temple in Muzzafarpur in Bihar during certain seasons strictly prohibits men from entering its premises. Even male priests are not allowed.

There are several such instances in India where only man are allowed to worship in some temples and only women are allowed in some others. In each place there is a reason that dates back to ancient times which define the gender of the people who can worship. Taking these age old beliefs and and examining them from the point of a 70 year old constitution is just not done. To look at temples like Sabarimala which have traditions that go back to centuries and say that they are promoting gender inequality is just not done.