Ma Kali is the primary Goddess of Yoga, the background Yoga Shakti, the power of Yoga or Kriya Shakti. Hers is the force that takes our energy within, which causes us to seek the eternal and lose interest in the outer affairs of life. She is the electrical stirring of the soul to Divinity. She is the voice of the Divine reverberating within us, when we let our ego fade into the background. Kali is the power of the great current of awareness.

Kali is the great Prana or cosmic life-force (Mahaprana). She represents the most primal will of all life, which is to live forever and never die. This core wish for immortality is not some mere delusion or arrogance within us, it is the very reflection of Sat or pure Being into creation, the portion of the Eternal that is our soul.

Kali represents the most primal desire, which is to love all and be one with all, to find the perfect, pure and eternal bliss, which is the presence of Shiva, the Eternal Being and Consciousness hidden in all life. Hidden even in ordinary desires is Kali’s ascending force to get us to seek something more beautiful and wondrous, to take us beyond our boundaries, to make us unhappy with what we already have in order to reach a greater reality.

Her will-power generates the decisive moment of spiritual awakening, in which we realize that true happiness cannot be found in the outer world but only within. Then she redirects our life as a mystic journey to the inner source, the heart of creation, and the Eternal flame.

Kali’s Shakti works to focus our energies back to the heart and the core of our being. Kali’s energy reverses the ordinary process of creation. Hers is the power that merges earth into water, water into fire, fire into air, air into ether, ether into mind, and mind into pure consciousness. She takes us back from the many to the One, reintegrating the world into our deepest Self and Being.

Ma Kali’s energy is like a simulated death experience. She helps us withdraw our attention from the outer mind, emotions and senses into the inner heart. In this regard, Kali is the prime Goddess of Jnana or Self-knowledge. She takes us back to the Self in the heart, unifying all our experience within it. Kali is Nirvana Shakti, the power that takes us to dissolution or Nirvana. She is the magnetic pull of Nirvana within us.

In Yogic terms, Kali is the Nirodha Shakti, the power that gives the ability to dissolve the fluctuations of the mind stuff or chitta, that is the tradition definition of Yoga through Patanjali in the Yoga Sutras. Her power checks, negates, masters and dissolves all the functions of mind and prana into the infinite silent calm of the Purusha within the heart.

One is reminded of the experience of Paramahansa Ramakrishna, who was a great devotee of Kali. After learning the importance of the Self-knowledge of Vedanta through his guru Tota Puri, Ramakrishna meditated on the Self within the heart in order to realize it. In doing so, the image of Ma Kali arose. He found that he had to break through his attachment to her by removing her form with the sword of knowledge. Yet he had to eventually realize that the sword of knowledge was that of Ma Kali. She projects a form to teach us, but removes the form to reveal her formless being as Pure Consciousness.

Each deity has its mantras, starting with single-syllable seed or bija mantras and extending to longer mantras, prayers and supplications. Kali’s primary single syllable mantra is KRIM (pronounced Kreem). KRIM refers to Kriya or the power of action, but action of a yogic nature.

KRIM is composed of three primary letters. The letter-k is the first of all the consonants in the Sanskrit alphabet. It indicates manifest existence, power and force. The letter-r is the seed of fire and light. The letter-i is focused energy and will power.

KRIM as the sound of Kali sets in motion the primary force of life and manifestation. It is the electrical energy or lightning force that gives power to everything, like the electric current that can run any number of appliances.

Yet when we use this mantra in sadhana or yogic practices, it is the inner current that we are switching on. Once this inner current is available we can use it to empower any sadhana or open up any inner faculty, just like having the electricity on in our house can allow us to do so many things and without it we can do nothing.

The great Goddess Kali, specifically through her mantra KRIM, provides us the support of energy for all that we do in Yoga. More so, she increases our inner energy, both allowing and pushing us on to do more. Her mantra creates a relentless force of spiritual energy within us that does not merely help us but propels and guides us to the higher goal. At some point her current takes over from our minds and directs our sadhana by its flow. This opens up the higher level of working with her power and her presence. Kali’s Kriya Shakti allows the Yoga to work but also as an ascending lightning force can break through all obstacles and veils of karma, prana or mind.

The mantra KRIM also has a fierce side, like a jolt of lightning it can function like a sword to cut things open. It can stimulate, shock, electrify and propel. It can energize the weapons of the Gods to defeat the undivine or Asuric forces. Yet it can energize the ornaments of the Gods, their gems and gifts, which grant bliss to the devotee.

Out of this single seed mantra is developed a longer threefold mantra or three seed-mantras as KRIM HUM HRIM. This has yet more energy and efficacy in awakening the Goddess within us. It begins with the mantra KRIM and builds upon its power.

The mantra HUM (hoom) is composed of two primary sounds. The letter-h is the seed syllable of the element of space or ether. It also represents the sun, Prana and the Purusha principle. The letter-u creates a force field that can both serve to hold in and to push out. HUM represents an explosion of energy, an expression of great power that is pranic, electrical and fiery. HUM is the power of Agni or fire particularly as directed by the wind or Vayu. Whereas KRIM awakens the electrical force or Shakti, HUM serves to direct it with great force, to use it to make great efforts.

These put together, Kali’s threefold mantra serves to awaken and energize the spiritual heart, hridaya.

The mantra KRIM serves to cut the knots of the heart. It works like a sword. It stimulates the heart energy within us, its primal desire or wish for immortality, love and light.

The mantra HUM gives power to the heart, expanding the energy of prana and Agni (fire) in a strong, if not explosive manner.

The mantra HRIM opens the energy of the spiritual heart which is like the Sun, spreading it into the Infinite.

This threefold Kali Heart mantra can be compared to a kind of spiritual adrenaline. KRIM awakens the energy of the heart, like an electrical jolt to a heart patient whose heart is failing. HUM expands it this current with great force. HRIM stabilizes it as an infinite power and eternal presence.

KRIM draws the Prana from the breath, the sensory and motor organs and directs it into the heart. HUM turns the Prana into a force of fiery meditative power. HRIM connects the individual prana-mind with the power of the Supreme Self, the power of the light of consciousness (Chid-jyoti). This threefold mantra therefore creates a powerful Pratyahara in the yogic sense, it takes our energy back to the spiritual heart.

Kali Sadhana and the Yoga of Knowledge

Through Kali we can experience a simulated death, the real death which is that of the ego, after which there is no more death. Kali is this death of death by the power of eternity. Kali mantras take us into the spiritual heart. They are a good accompaniment to Atma Vichara.

The Goddess Kali, we might say, is the power of meditation personified as a Goddess. Yet She is meditation not as a mere technique, She is the natural state of meditation as the power of consciousness pervading Infinite Space and Eternal Time, in which the waves of karma, including birth and death, cannot touch us, because we are the All! 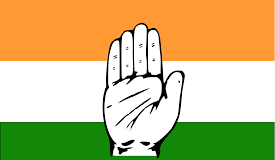 Shruti Aseema - November 14, 2019
While Congress has enough young leaders, the grand old party has failed in cashing in on them. By Anil Sharma Where have all the young leaders...