Traditional Yoga, as defined in key Yoga texts like the Yoga Sutras and the Bhagavad Gita, is first of all a “Yoga of Consciousness”, requiring a deepening and expansion of an inner awareness. It is not a mere Yoga of outer action or bodily movements, but a Yoga of meditative inquiry. Its primary approach is to develop a direct change of consciousness within us, not simply to adjust the body, senses or mind externally.

Such a lasting change of consciousness rests upon fundamental changes in attitudes, perceptions and values. It requires setting aside our old views of the personal self and old beliefs in the reality of the external world of the senses. This inner Yoga proceeds through deconditioning the mind and deconstructing physical reality, so that we can understand the all-pervasive light of awareness as the true nature of all existence. Yet compared to the outer yoga, the inner Yoga offers much more to our deeper heart and awareness, and can lead us to the highest truth, peace and happiness.

The Yoga Sutras defines Yoga as the control of the mind (chitta), using the term mind here in the broadest sense as individualized consciousness, and not merely the intellect; extending from instinct to emotion, thought and intuition. This yogic mastery of the mind and its functions takes us to Self-realization, a return to the natural state of awareness of the true Self, the Purusha or Atman. Purusha or Atman is unbounded Self-existent consciousness, not any embodied creature or individualized mind.

Yoga is commonly defined as the union of the individual Self (Jivatman) with the transcendent Self (Paramatman), which is essentially a mergence into unlimited consciousness. The meditative movement of Yoga proceeds through the state of Samadhi or unitary awareness that is the highest of the eight limbs of Yoga practice.

The main practice of this inner Yoga consists of cultivating moment-by-moment awareness, without which our consciousness cannot fundamentally transform. This requires sustaining a steady awareness through every moment of change in body, mind and world. It requires calming the mind at a fundamental level and abiding in the inner state of the Seer.

Yoga can be defined as the inherent action of consciousness to harmonize, attune and bring peace and unity to all that we do. Yoga requires continuous abiding awareness in thought and action. Yet this requires that we dwell in pure consciousness itself as the ultimate transformative power.
The Yoga of consciousness is the primary practice of Yoga. It is the supreme Yoga underlying all yogic paths and approaches, be it Hatha Yoga, Raja Yoga, or the Yogas of knowledge, devotion, service and ritual. True Yoga practice is based on developing unity consciousness.

Without an inner awareness, there is no real Yoga practice, whatever we may try to do. An unconscious or half-aware Yoga is not Yoga at all – it does not bring about inner awakening but only a continued sleep in the outer world. Yoga properly understood is the means to realize the highest consciousness within us as our true nature. Whatever we do as a Yoga practice should be performed with care, discipline and a higher non-ego based motivation, rooted in an inner awareness.

There are many practices and methods that can be included in this greater Yoga of Consciousness as aids, support measures or preliminary procedures. All Yoga practices are originally meant to bring consciousness into the different aspects of our life and being, including how we move the body, how we breathe, how we use the senses and the mind, and how we function in the external world, both individually and with others. Yet consciousness is the prime factor of Yoga, not these outer aspects that we must integrate into an inner awareness for Yoga to truly unfold.

The most important Yoga practice that we must understand is the daily movement of our own consciousness. To master this we must hold to a continual awareness of the fluctuating states of the mind throughout the day. Of these shifting mental states, most dominant are the radical changes through waking, dream and deep sleep. The Yoga of consciousness as moment-by-moment awareness reaches its maturity when we can maintain continuous awareness through waking, dream and deep sleep, without any break, hiatus or diminution.

Consciousness is a term that has a range of meanings in the English language and yet other implications in Yoga and Vedanta, which have several specific terms for Consciousness and its different functions. Consciousness in modern usage can refer to any type of awareness, individual or collective. There is some form of consciousness in everything, however rudimentary it may be. This rudimentary consciousness can be described as some sense of existence or intelligent patterning to action or energy.

Consciousness in a rudimentary form is hidden in inanimate matter down to the level of subatomic particles that follow mathematical laws in their movement. Most of us doubt whether the stars, planets, and galaxies are in some sense Self-aware. Looking contemplatively at the night sky, one intuits that this must be so. There is a grandeur to the cosmos that appears as a manifestation of a deep intelligence, not a random evolution of unconscious forces.

Consciousness progressively manifests itself in the evolution of life; asleep but developing in minerals with their geometrical patterns of growth, slowly awakening in the plants with the movement of their sap, their seasons, growth and flowering, and expressing itself through the instrumentality of the mind and senses starting with animals, which gain a power of independent movement.

Human beings represent a further evolution of consciousness, developing a sense of individual identity – including a recognition of values, truth and falsehood, right and wrong, good and evil. On top of this, we have a special capacity to cultivate consciousness directly through meditation, taking us potentially beyond creaturely mind to universal awareness. Very few of us can do this as a primary activity in life, and not all cultures make meditation into an integral part of life, but it is a potential that we all possess and can develop further.

We can discriminate three general levels of consciousness, which cross over to some degree.

In Yogic thought, this higher or transcendent consciousness is called Chit, while embodied consciousness is called chitta, which is the mind in creatures. Chit is part of a trinity of cosmic principles as Sat-Chit-Ananda or Being-Consciousness-Bliss absolute, which are the three aspects of unitary existence. In this regard, rudimentary and even mental states of consciousness are not Consciousness in its true reality but mere reflections of it bound by error and illusion. Until we dwell in pure Consciousness we cannot get beyond ignorance and wrong judgment.

The yogic view of consciousness is of a higher awareness that transcends the human mind, which is a limited intelligence bound by creaturely and social imperatives. Mindfulness, similarly, implies being aware of the mind, observing our thoughts, emotions and sensations rather than simply getting caught in their reactions. Yogic mindfulness implies being aware of the mind from the standpoint of the witnessing consciousness, the Atman or Purusha, the seer as mentioned in the Yoga Sutras.

Exploring the Yoga of Consciousness

We will explore this deeper Yoga of Consciousness through the Yoga of the Four States of Waking, Dream, Deep Sleep and Turiya or the Transcendent Fourth. We will also bring in other aspects of this Yoga of Consciousness and its relationship to the Yoga tradition as a whole. All of Yoga rests upon our daily states of mind and the inner consciousness underlying them. Every Yoga practice gains greater meaning according to how we connect it to an inner awareness.

A true Yogi is one who has merged into the inner being of pure consciousness beyond body and mind. He or she uses the body and mind as instruments of a higher awareness, not for purposes of personal enjoyment. Such true yogis do not believe in physical reality or mental formulas. They are not identified with their bodies, senses, mind, social appearances or recognition in the outer world. They do not need anything material to make them happy. They are not seeking anything from other people. They are not trying to impose any ideas, beliefs or needs upon others. Their sole goal is sharing the freedom and self-sufficiency of consciousness that is one with all.

May we all become such true Yogis! Then whatever we do will be of an enduring benefit for all. For this we must follow the inherent Yoga of Consciousness in the spiritual pilgrimage and yogic journey that is the essence of our short sojourn on this Earth. Let us open our inner eye and inner heart to move along this path! 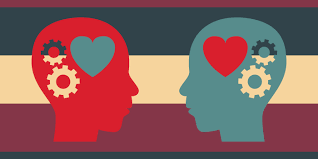 Prathima - February 26, 2020
Emotions play a major role in our lives starting from the day we are born to our last day on the planet. It’s important...

The Curious Case of Jama’at-e-Islami Jammu and Kashmir